Governors of the South-East have been told to leave IPOB's Eastern Security Network alone. 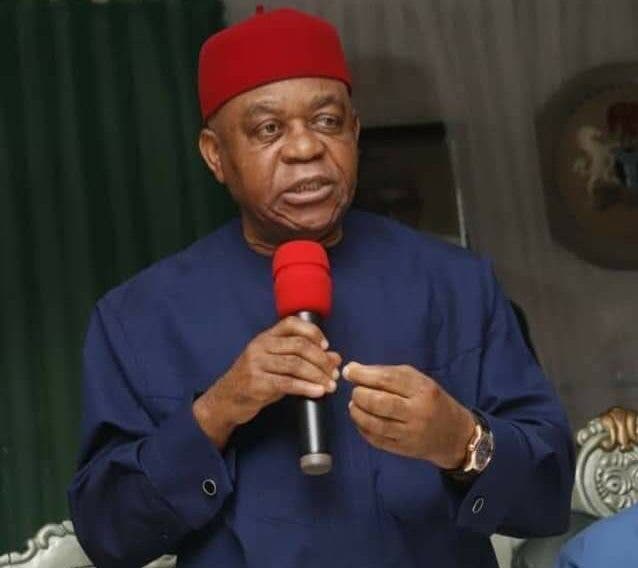 TA Orji
Governors of the South East have been told to concentrate their energy on eradicating terrorists from the region.
The immediate-past Governor of Abia State and the incumbent Senator representing Abia Central district, Senator Theodore Orji made the call as he advised South East Governors to leave the Eastern Security Network, ESN, alone and focus on the Ebubeagu security outfit which they recently announced.
Senator Orji who gave the advice in an exclusive interview with our Correspondent, said that Igbo land ”is in dire need of security and protection”, adding that whatever lawful measures that would help stem the rising wave of insecurity in the region should not be rejected.
”What I want is something that will protect our lives and property. Are we still safe in South East? The answer is no.
”People are killed everyday, and if you see something that has come up and is trying to quell the situation, will you say no?
”Governors should leave ESN alone and face Ebubeagu”.
Senator Orji further stated that contrary to calls in some quarters, synergy between both security outfits might not be feasible as their approaches on how best to secure South East differ.
”From every available evidence, ESN can’t work together with Ebubeagu. So, instead of causing trouble or crisis, governors should leave them alone after all they came before Ebubeagu.
”The boys in ESN have absolute loyalty to Nnamdi Kanu. They cannot take directives from governors. So, why don’t you avoid unnecessary crisis?”
The former governor who expressed strong support for Ebubeagu, however, appealed to the governors to ensure that the outfit “is adequately funded.”
”I strongly support Ebubeagu but the governors should make sure it is legalised and adequately funded. They should take it seriously, and whatever that will help quell insecurity in the zone should not be thrown away”.
Top Stories