Some armed suspected Fulani herdsmen have ended the life of a man and his wife in Benue state. 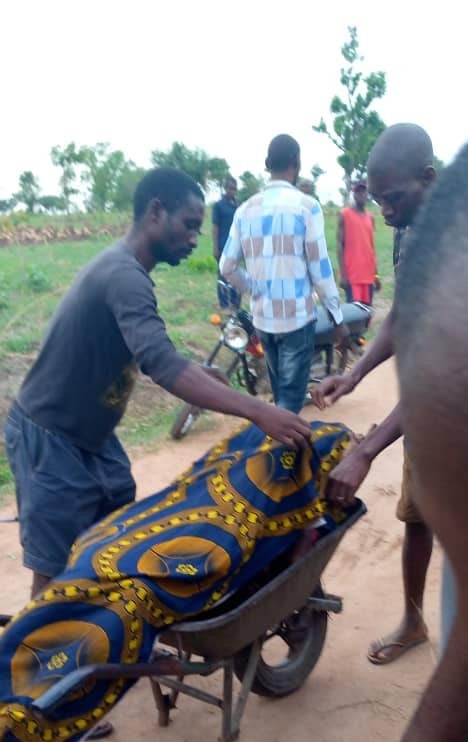 Man and wife killed by Fulani herdsmen
Some suspected Fulani herdsmen have invaded a community in Benue state, killing a man and his wife.
The incident happened in Guma Local Government Area of Benue state.
The incident happened at Udei branch in Mbabai council ward of Guma on Wednesday evening, April 28,
It was gathered that the man identified as Igba Faga and his wife were returning home from the farm on motorcycle when they were ambushed and killed by the herdsmen. The assailants were said to have also plucked out the man's eyes.
Confirming the attack on Wednesday, Governor Samuel Ortom’s security adviser, Col Paul Hemba (retd) said that the herdsmen had laid ambush on the couple and hacked them to death.
He further explained that the couple who were on their motorcycle going home died on the spot and their remains have been evacuated by their family members for burial.
The security adviser described the attack as one attack too many and lamented that the incident took place less than 24 hours after herdsmen attacked the IDP camp on Tuesday, where seven persons were killed. 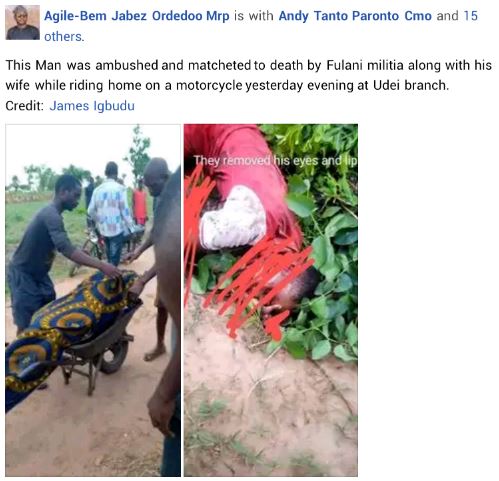