The 27-year-old lady has been in the public eye ever since she was spotted hawking sachet water in the Oshodi area of the state despite her condition. 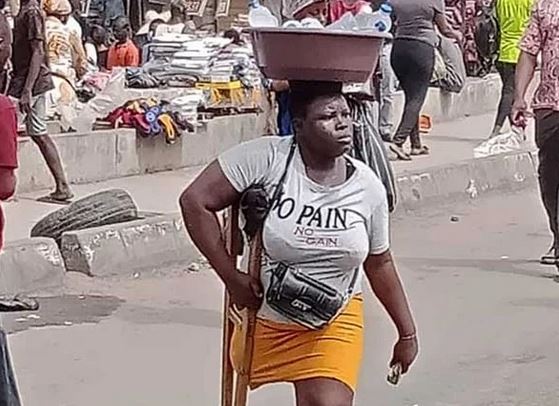 Mary Daniel, the now-viral Lagos amputee hawker, whose story has continued to fetch her massive goodwill from Nigerians, lied to evoke sympathy, TheCable can exclusively report.

The 27-year-old lady has been in the public eye ever since she was spotted hawking sachet water in the Oshodi area of the state despite her condition.

In a blink, she had become a sensation on social media platforms. During several interviews, Mary had claimed that her leg was amputated after a ghastly car accident which claimed the lives of her parents when she was young.

She had also alleged that the development forced her to drop out of school to enable her to provide for her baby as well as her aged grandmother.
Expectedly, many Nigerians fell for her story — unknown to them that she was not telling the truth.

Her plight had moved some Nigerians to support her through donations while the state government also offered her temporary accommodation.

As of the time of this report, TheCable understands that she has received a donation of N25 million. 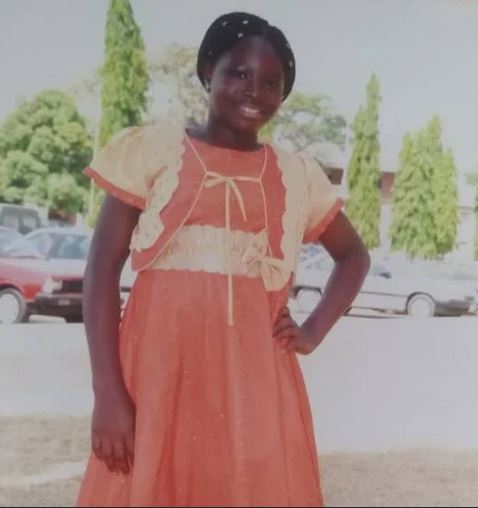 Mary Daniel when she was living with Regina, her aunt, in Abuja

But an investigation by this newspaper showed that the account she gave the public of herself is laced with falsehood.

When TheCable visited her family in Abuja, it was revealed that her name is Ojonuwa Onu, not Mary Daniel, as she claimed.

Blessing Adedamola, her aunt, told TheCable that Mary’s claim that she has no family to cater for her was a lie.

Adedamola also explained that she was staying with Juni Abu, her grandmother, in the village when she suddenly fled home with her whereabouts unknown thereafter.

She said prior to the incident, Abu, who is her own mother, had called severally to complain about Mary’s attitude, describing her as “stubborn”. 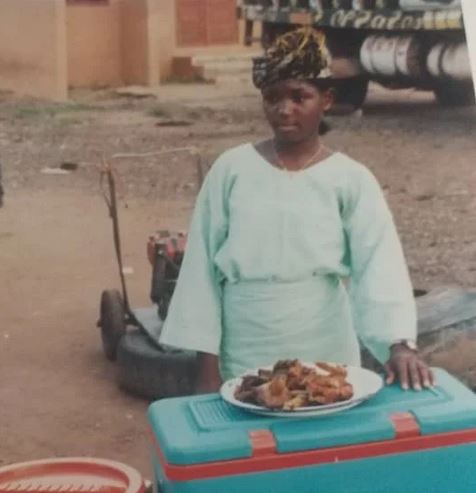 Mary Daniel on one of her birthdays

“She (Mary) just told mama that she was going to the next village to buy something which is like N50 taxi from here and is also trekkable. She had one wrapper and a shirt on then and that was it,” she said.

“Mama didn’t see her anymore and she started calling us thereafter. But before then, mama had been calling to report that she did this and that. So, I told her that Mary must have been craving for such freedom to run away. You can’t control her because she is stubborn to be sincere. So, she woke up one day and mama didn’t see her again.”

Adedamola also dismissed Mary’s claim that she was married off at a young age, noting that the family only got to know she was pregnant when she put to bed.

“There is this trending news that mama was the one who gave her to a husband. But she (mama) is not aware of anything that happened. When we learned she was in Onitsha and then Asaba, we were really angry because of the kind of life she was living and all she was doing,” she added. 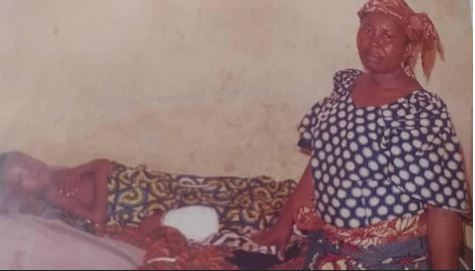 Mary Daniel with her grandmother at hospital in Gboko, Benue state

Watch TheCable’s interview with the family below:

“I particularly used to be angry and kept telling her the kind of life she’s living won’t yield anything without education. In April 2019, she called mama congratulating her that she had put to bed. Mama, I and my sister were all shocked. I was like, how did you get pregnant? How did you do it? When did you marry?

“Then she told mama that it was the same guy that she came home with earlier. There was a time she came home quite alright that she wants to marry one boy. Mama told her that she’s a grandmother, that if she really wants to marry, she should take the boy to her paternal family.

“At least, her father’s people are still her family. Grandmothers don’t give their grandchildren out in marriage. You must go back to your root. That was the end. It was later we found out that it was the same boy that impregnated her.”

‘I WANT NIGERIANS TO KNOW THE TRUTH’

Adedamola said she got wind of Mary’s story while she was surfing the internet. She explained that she had thereafter confronted her to stop destroying the family’s reputation with her lies and vowed to let Nigerians know the truth.

“That day, I came online and opened my phone and saw pictures of her. I was shocked because I didn’t even know when she was leaving Asaba for Lagos or anything like that,” she said.

“Still shocked, I went to meet my husband and I showed him ‘this is Ojonuwa.’ Her name is Ojonuwa, not the Mary Daniel she’s claiming. Her real name is Ojonuwa Onu. I think she added Onu last week in her video.

“The first week, she was bearing Mary Daniel but she now added Onu when I chatted her. She is my friend on Facebook, where she’s bearing Mary Ojonuwa. I snapped one of these pictures (family pictures) and sent it to her and told her ‘Uwa, this is your story, this is your mother, your aunty, grandmother and family. So, how come you are saying you don’t have family and that nobody cares for you. This is the true story behind you.

“Then I told her to stop the lies. She thereafter chatted with me asking why I sent the pictures to her. But I did not answer her. I simply told her ‘I want Nigerians to know the truth because you’re lying and you’re condemning the family by claiming nobody took care of you.  We are not interested in your money but the fact that you are saying you don’t have a family. The lies are what I will not accept.” 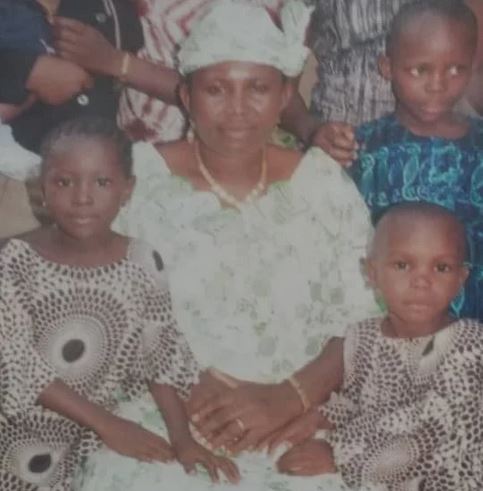 She also noted that Mary’s claim that her parents died in an accident which occured in 2006 was a lie.

“Saying my elder sister (Mary’s mother) died in a car accident was never true. She died in 2012, one week to my graduation from the university. She also said her younger brother is in the village and that she’s the one catering for him, which is also a lie. The boy is here with my elder sister right from JSS 1 and he is SS1 presently.

“She also said her child is with mama but that is not true. She left the child with a woman, her former neigbour in Asaba. The neighbour has relocated from Asaba to Ayangba, Kogi state.”

Adedamola revealed that her niece had a similar donation of N1.7 million during her stay in Asaba but did not utilise the money properly.

“During the lockdown, I don’t know how she did it in Asaba but people would give her this and that. She got like N1.7 million or thereabout at the time. She said the boy (her boyfriend) stole N500,000 and ran away,” she said.

“So, I asked her about the remaining money because after she put to bed, I was in touch with her. She said she rented a flat herself and she took care of herself and her baby.

“So, I asked her, you went back to the streets? I told her that ‘don’t you know that when people help you and give you money…they hope to see a new development that you were able to use that money for something reasonable. But not even showing anything and going back to the streets to sell water is as if they wasted their money on you. Then she said, she was not wise.”

“I am the grandmother to Ojonuwa. Her mother was my first child whom I had on April 18, 1973. She’s my granddaughter,” she said.