In the now-viral video, the 48-year-old Nollywood actor was seen sitting on a couch in the sitting room dressed in a white shirt, a pair of blue jeans and a hat. 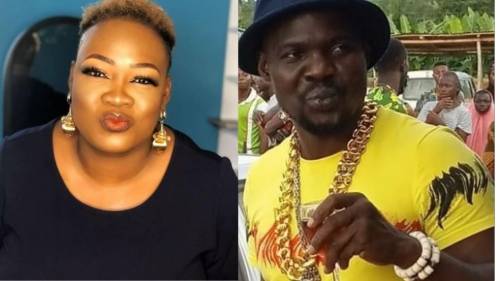 Ever since the report of Baba Ijesha’s alleged molestation came to public knowledge in April, there had been a clamour for the release of the CCTV evidence, as many defended the actor, stating that it could be a false allegation.

Nigerians increased the request for the footage after Princess hosted an Instagram live chat where she revealed she watched Baba Ijesha molest and lick her daughter non-stop for 30 minutes on the CCTV.

In the now-viral video, the 48-year-old Nollywood actor was seen sitting on a couch in the sitting room dressed in a white shirt, a pair of blue jeans and a hat.

He also caressed the minor’s legs and thighs in the video while the identity of the minor was concealed.

But reacting to the video, Princess through Ibilola Subair law firm, said: “Our client disclaims any liability or responsibility whatsoever that arises from the publication of the video on the internet or any social media platforms showing Olanrewaju Omiyinka, (aka Baba Ijesha), molesting our client’s foster daughter.

“Our client did not authorise the release of the CCTV footage by PUNCH MEDIA or any other person whatsoever.

“Our client expressly disclaims any liability whatsoever for any loss however arising from the content of the CCTV footage released to the general public through PUNCH media.”