No One Can Stop Oduduwa Nation - Prof. Banji Akintoye


According to him, the Yoruba self-determination struggle under his leadership will continue to be peaceful and orderly but it won't be stopped. 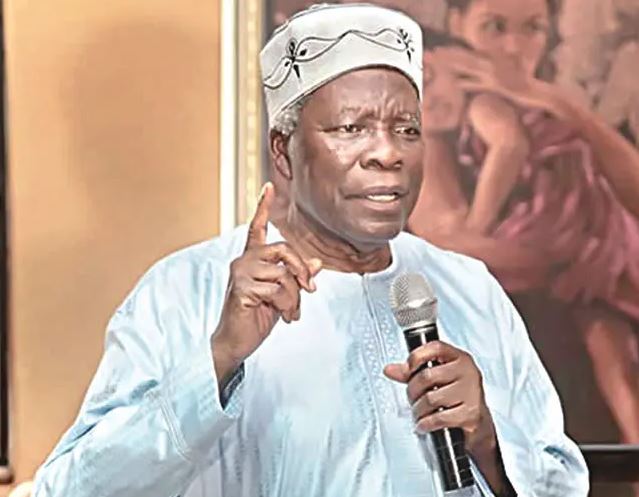 Prof. Banji Akintoye, the leader of the Ilana Omo Odua, has stated that the agitation for the Oduduwa nation cannot be stopped by anyone.

Akintoye said this in a statement on Sunday by the Media and Communications Secretary of the group, Mr Maxwell Adeleye.

Yoruba nation agitators had on Saturday defied the police clampdown to stage their rally in Abeokuta, the Ogun State capital.

He hailed the Yoruba Nimi Omo Kootu-Ojire and its founder,  Titilayo  Ojeleye, for the success of the rally held in Abeokuta on Saturday to drum-up support for the actualisation of the Yoruba nation.

He said, “I want to advise the Nigerian State that the Yoruba self-determination struggle under my leadership shall continue to be peaceful and orderly.

“Therefore, threatening us, or attempting to subjugate our rights to self-determination and peaceful assembly are cowardly.

“We are marching on, and like valiant soldiers without a dint of fear. I make bold to put it to the Nigerian state that no one can stop an idea whose time has come.”

Akintoye called on all Yoruba self-determination groups to begin to hold  rallies in their localities every weekend.

“However, let me warn that all our people should note that each rally must be conscientiously peaceful, lawful and orderly,” he added.