A Kano Hisbah Commander has been sacked after he was caught with a married woman. 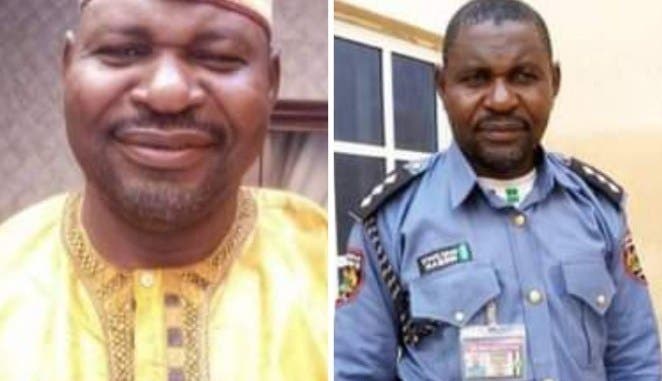 Sani Uba Rimo
The government of Kano state has sacked a Hisbah Commander, Sani Uba Rimo for allegedly sleeping with a married woman.
The sack was made public by the Kano State Hisbah Board.
It was gathered that Sani Uba Rimo was caught, allegedly sleeping with a married woman in a hotel room in the state.
The board’s Public Relations Officer, Lawal Fagge, confirmed the sacking of the official to newsmen in Kano on Tuesday.
The officer was fired after a report by a five-man committee set up by the board to investigate to unravel circumstances surrounding the incident.
Rimo, the Officer in Charge, Anti-begging, was apprehended by the police in Downtown Hotel in Sabon Gari area of Kano metropolis in February.
He was said to have been arrested following a complaint lodged by the husband of the woman with whom he allegedly had an affair in the hotel.
Prior to allegations against Rimo, he was at the forefront of arresting prostitutes and other wayward girls in the state.
Top Stories

If You Don’t Like Me, Breath Out And Accept Your Fate – Bobrisky Tells Haters