The woman, aged 47, was discovered on Sunday in a remote campground of tin a national forest in Utah. 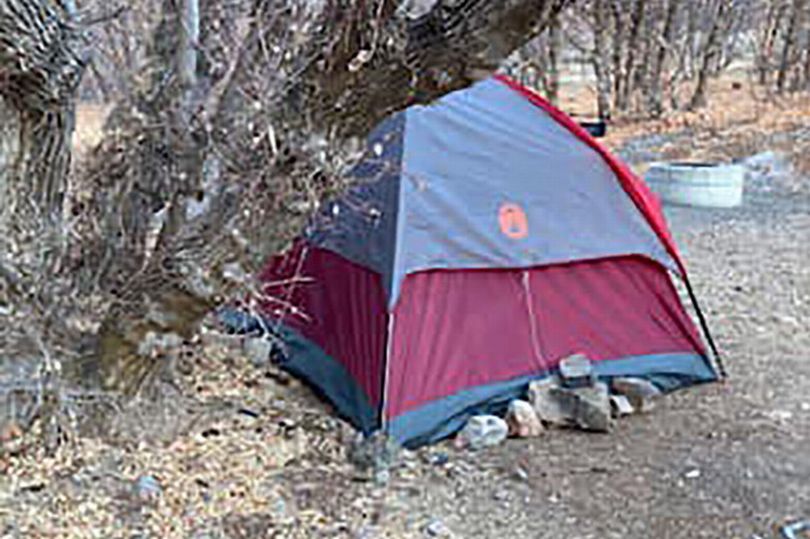 The woman, who had been reported missing in 2020, was found living in a tent (Image: Utah County Sheriff’s Office)

A report by Daily Star UK has shown that a woman who has been missing for almost six months has been found - living in a tent and living off grass and moss.

A police drone that was searching for her crashed nearby and discovered her tent, police said.

The woman, aged 47, was discovered on Sunday in a remote campground of tin a national forest in Utah.

She had lost a 'significant' amount of weight and was weak, authorities said, and her identity hasn't been publicly released.

However, they believe the woman voluntarily chose to move to the Uinta-Wasatch-Cache National Forest in Diamond Fork Canyon.

Authorities say she had survived several months on a small amount of food she brought with her as well as grass and moss from her surroundings.

She was able to gain access to water by using a nearby river.

The Utah County Sheriff's Office said they began searching for the missing person in November 2020 after US Forest Service officials discovered her car abandoned at the campground.

Detectives gathered information that "suggested this woman might struggle with mental health challenges."

Officers returned to the Diamond Fork area on Sunday with a drone to attempt to establish if the woman was still in the area.

While searching for the drone which had crashed they came across a tent that looked as if it was abandoned.

However, "the zipper of the tent opened and there was the woman", police said.

They added: “We now believe she knowingly chose to remain in the area over the months since November 2020.”

The woman was taken to a nearby hospital for a mental health evaluation but said it may be possible she would choose to return to her tent in the forest.

“We want to be clear that while many people might choose to not live in the circumstances and conditions this woman did, she did nothing against the law,” the department said.

Last year, a real-life Mowgli was discovered, who lives in the jungle and survives off grass.

Ellie, 21, can't speak and refuses to eat the food his mother prepares for him and instead chooses to hunt for bananas and other fruits in the village near his Rwanda village.

His mum believes he is a special child from God after she and her husband lost five children at birth.