An upcoming Nigerian rapper has died tragically after posting something sad on WhatsApp. 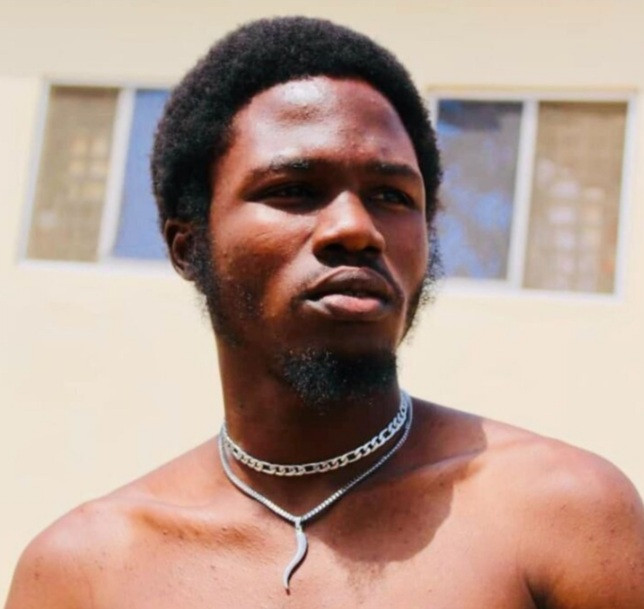 Zumzy
Nigerian rapper, Michael Ozumba Uchemba aka Zumzy Brown is dead.
The up and coming rapper died after suffering an asthmatic attack.
Zumzy Brown was, until his death, a 300 level student of Political Science at the Veritas University, Abuja.
He was said to have been rushed to Wuse General Hospital on Tuesday, May 4, after the attack but didn't survive it.
Before he died, he wrote on WhatsApp status: "Had too much potential. Good night world."
There are also screenshots of messages purported to be from him to his girlfriend.  In it, he's seen declaring his love for her and asking her to forgive him if he's ever worried her.
Friends have gone on Facebook to mourn him. 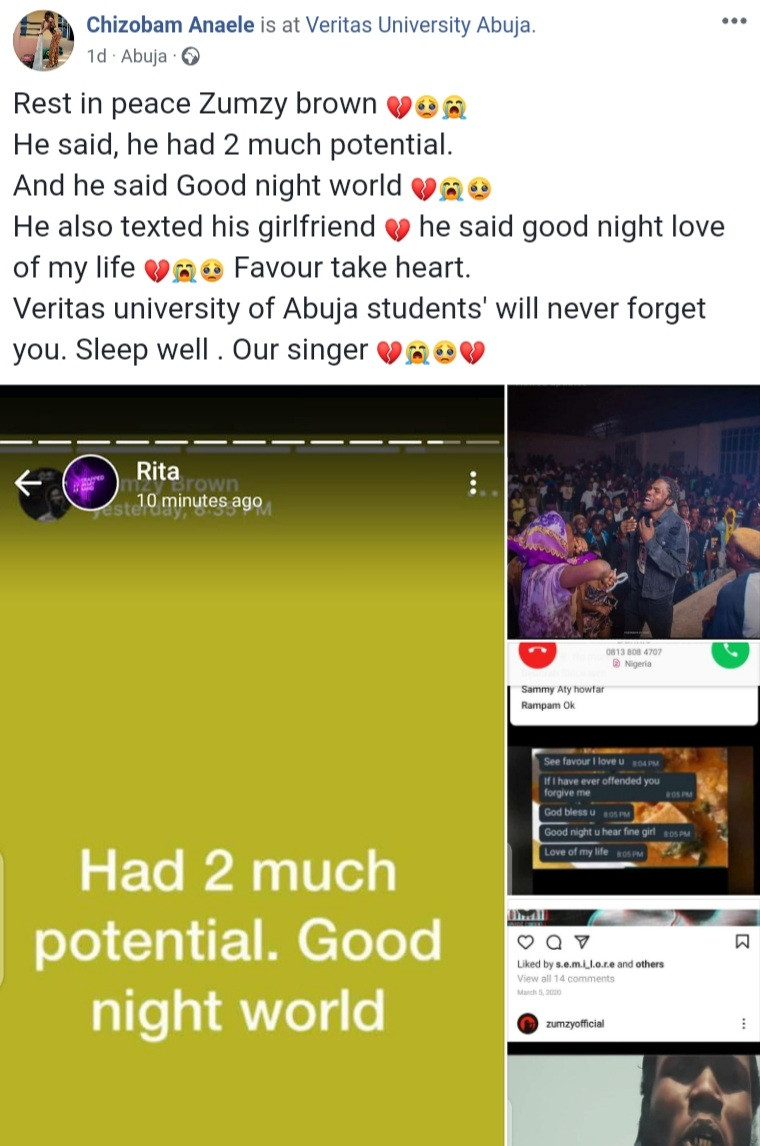 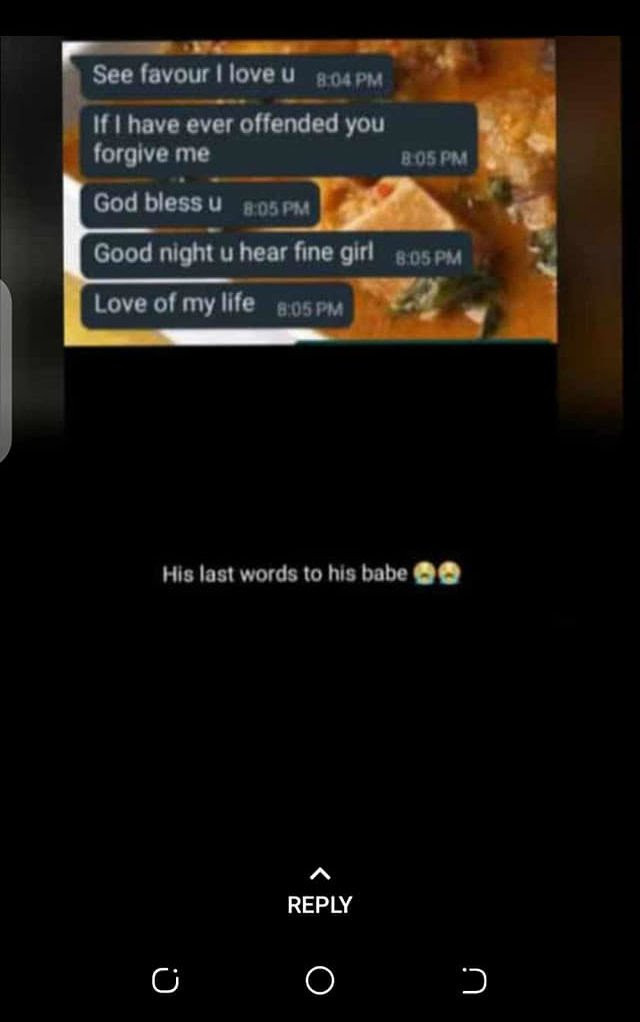