A source, who spoke on condition of anonymity, said that the operation was carried out while the Muslim faithful were breaking their Ramadan fast. 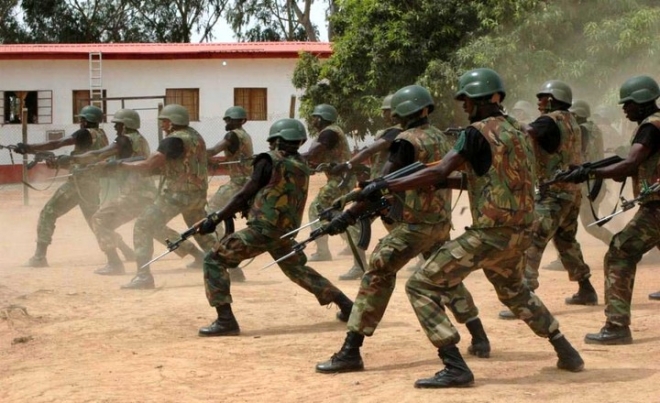 According to a report by The PUNCH, no less than 10 suspected members of Boko Haram terrorists were reportedly arrested by troops of the 3rd Brigade of the Nigerian Army in Kano.

The arrest of the suspected terrorists is said to have happened when the troops stormed Filin Lazio in Hotoro Area of Kano metropolis on Saturday evening, raiding a mosque and some houses.

A source, who spoke on condition of anonymity, told The PUNCH that the operation was carried out while the Muslim faithful were breaking their Ramadan fast.

“The sudden operation took the residents by surprise and that compelled many of them to flee the area,” the source said.

It was gathered that the targeted mosque belongs to some indigenes of Borno State who fled the North-East following the intensity of the nefarious activities of Boko Haram insurgents.

According to the source, the troops also took away some items from the surroundings of the mosque before whisking away the suspects.

When contacted, the Army spokesperson, Captain Njoka Irabor, who confirmed the story, said he could not give the exact number of suspects arrested so far.

“Yes, the operation has been carried out in the area and it will be a continuous exercise,” the Army Spokesman told The PUNCH.

He also promised to give details on the operation as well as on the number of suspects apprehended during the operation which lasted for more than an hour.