Since the confirmation of Dare’s death, tributes and condolence messages have been pouring in from different parts of the country. 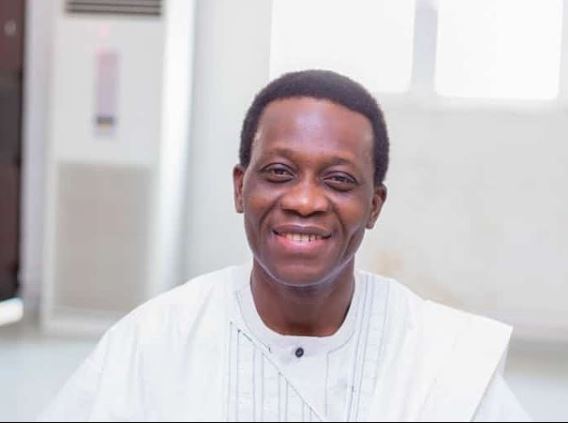 The family of the late Pastor Dare Adeboye, the son of Pastor Enoch Adeboye, has said it will never begrudge God over his death, adding that the deceased left a great legacy behind.

Dare, 42, died on Tuesday in Eket, Akwa Ibom State, where he was a youth pastor.

He was reported to have slept and did not wake up and was later confirmed dead.

Since the confirmation of Dare’s death, tributes and condolence messages have been pouring in from different parts of the country.

The deceased’s father and General Overseer of the Redeemed Christian Church of God Worldwide, Pastor Enoch Adeboye, on Friday night during the monthly Holy Ghost service of the church at the Redemption Camp, Lagos-Ibadan Expressway, Ogun State, broke his silence on the tragedy.

During his ministration, which was also broadcast to members through Dove TV, he said God was sovereign and could not be queried for his actions.

He said, “Whatever we have is given to us by God, be it wealth, wife, husband, children e.t.c and if it got taken away by God, all we can do is give God glory for actually giving us the privilege to enjoy those wealth or kids temporarily and it is not for us to complain, blame and question God.

“What we see as sorrows might be joy in the sight of God, I mean His ways and thoughts are not the same with ours, we shouldn’t forget that both good and bad happen at God’s command.

“Finally, in all things, let’s learn to say thank you Father, and it is well. God bless all of you in Jesus’ name.”

The deceased’s younger brother, Leke, told Sunday PUNCH on Saturday that his brother’s legacy was his passion for the youth and how he served God.

He said, “We did everything together, until we got married. Same schools, same everything. We got married on the same day, just a few years apart.

“He taught me to spread my wings, to soar high, to blaze the trail. He demonstrated what it truly meant to serve with brilliance and class. He was full of wisdom, solid on logic, and gifted with an incredible sense of humour.

“He lived entirely for the Lord and His work, dedicating his life to educating and inspiring young people on how to capitalise on and maximise their faith in any environment they find themselves. And ensuring they make heaven at the end.”

Asked if the family would question God for the loss, Leke, who is also the personal assistant to the General Overseer, quoted Romans 8:38, saying, “Not even death would separate us from the love of God, which is in Christ Jesus.”

“Never (we will not begrudge God). To live is for Christ, to die is gain,” he added.

Meanwhile, the Edo State Governor, Mr Godwin Obaseki, has commiserated with the Adeboye family on the incident.

In a condolence message, the governor said he was deeply shaken by Dare’s death.

He said, “He was a promising young man, who worked dutifully in the Lord’s vineyard, bringing the message of salvation to young people in Nigeria and across the world.

“Through God’s guidance and the able mentorship of our Daddy GO, Pastor EA Adeboye, he provided a rallying point for youths and helped to inspire them for impactful living.

“Although his untimely passing is more than anyone can bear, we are consoled that he spent his life working for Christ and his eternal rest, which we all hope to attain, is assured in the bosom of our Lord Jesus Christ. He will be remembered for his compassion, kindness and sense of duty to God and family.”