Bride's family is seeking financial damages in excess of $5 million and the immediate discontinuation of YOLO and LMK. 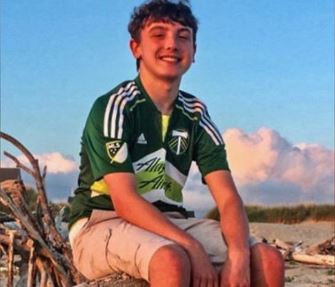 A woman reportedly filed a lawsuit against Snapchat after her 16-year-old son committed suicide due to months of bullying on Snap’s YOLO app, an anonymous Q&A plug-in.

Carson Bride was found dead on June 23, 2020. His phone’s search history that same day showed him researching ways to “Reveal YOLO Usernames Online,” according to his family.

The family of Carson alleges Snap Inc., the Santa Monica-based parent company of Snapchat, has been negligent in safeguarding against cyberbullying after the Oregon teen committed suicide last year.

Carson's mother Kristin Bride filed on Monday and asked the U.S. District Court for Northern California to consider the suit a class action on behalf of 93 million Snapchat users in the U.S.

Carson endured scores of lewd, mean-spirited messages from anonymous senders via the anonymous apps YOLO and LMK on Snapchat, according to the lawsuit.

Lawyers said Carson attempted, in vain, to request the apps enforce their anti-bullying safeguards, such as banning those users. But it never happened. He took his own life in 2020 after being unable to stop cyberbullying.

"Clearly, no one was policing YOLO when my son received hundreds of abusive messages during the first 3 weeks of June. These offenders may very well be continuing their bullying practices, especially now that they know the power of their words," Bride's mother wrote shortly after her son's death, according to the filing.

The lawsuit said Snap Inc. should have foreseen the harm it could cause teens and that YOLO and LMK's very design allowed for it. All three apps are accused of failing to safeguard against cyberbullying.

Bride's family is seeking financial damages in excess of $5 million and the immediate discontinuation of YOLO and LMK.

The New York-based anti-bullying nonprofit Tyler Clementi Foundation joined in the suit, are also demanding Snap remove all third-party apps that fail to set up appropriate safeguards from Snapchat.

Carson's mother, according to the suit, unsuccessfully attempted over many months to contact YOLO about her son's suicide. Nobody responded.

"If you create an app which provides a platform for the anonymous bullying of vulnerable teens, the very least you can do is take accountability and assist the parents of your app's victims so that more YOLO deaths do not occur," she wrote.

Lawyers argued Snap Inc. knew about the dangers of anonymous apps. They cited Sarahah, another anonymous-messaging app that was banned from the Apple and Android store after reported incidents of cyberbullying were made public. They also pointed to numerous complaints about cyberbullying on YOLO from users via the Apple App Store.