A man has dedicated his university certificate to his late dad after successful graduation. 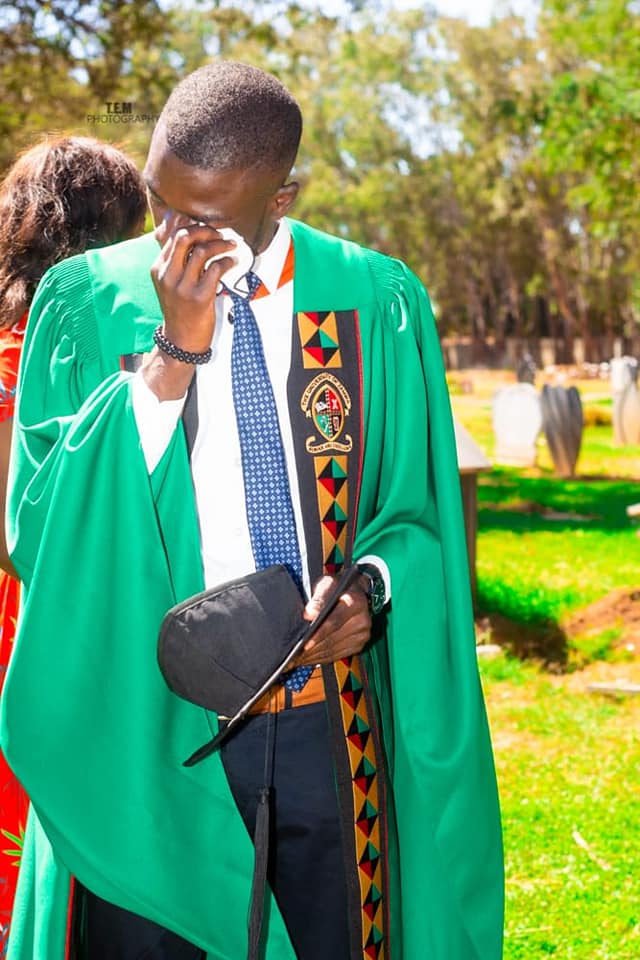 Chama in tears at his late father's grave
A young man has dedicated his university degree to his late dad.
Chama Kings Mwansa went to this father's grave after successfully graduating from the university.
The fresh graduate who lost his dad six-years-ago, dedicated the milestone to his father despite his demise. Mwansa filled with emotions visited his father’s grave in his academic regalia to honour him.
In a post shared on his Facebook page, the young penned an emotional piece in honour of his late father. 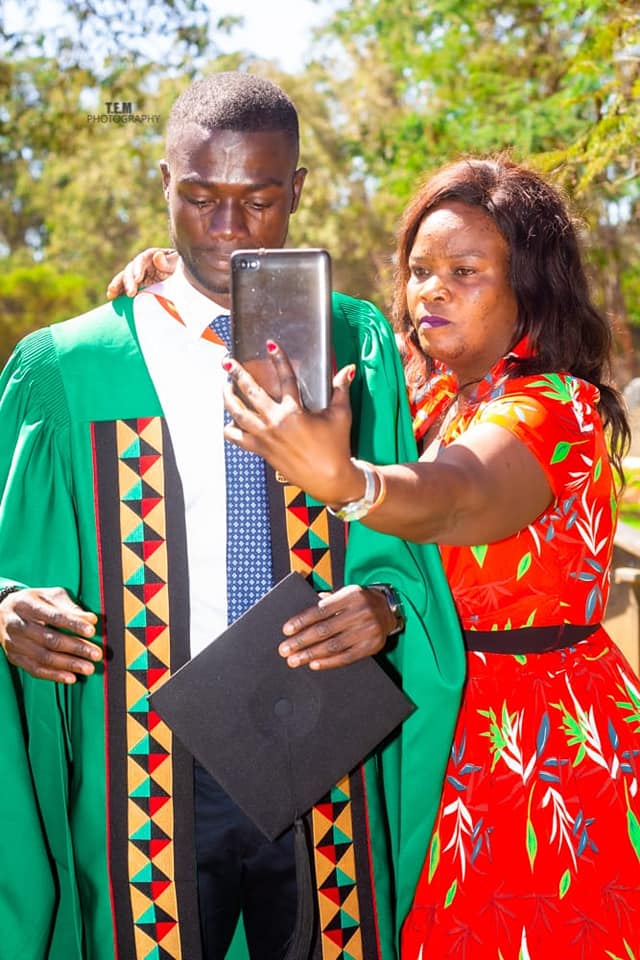 In his words,
“I just came over to let you that m graduating next week Friday with a credit and it’s not been easy, yet through His mercies, it is finished. It is barely six years now since you departed from us yet the pain inside our hearts is like yesterday’s event.
“I never thought I would come this far, never even crossed my mind that one day I would be in the university, but here I am father standing on the same spot I stood six years ago testifying that the Mercies of the Lord endure forever.
“Dad, the boy you left is now a man and also an Unza graduate. Hence, I just came here to say #, thankyou papa”. 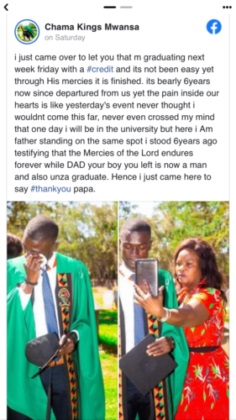