According to Freeze, Christians should use the money they pay to churches to fund their 'Plan B'. 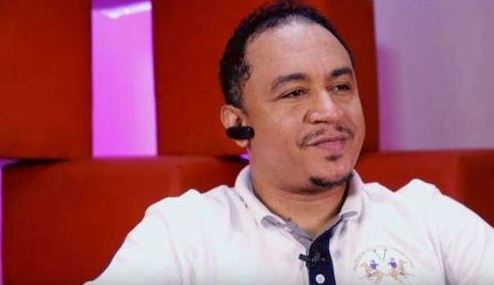 Controversial OAP and Free the Sheeple leader, Daddy Freeze has urged Christians to start saving their tithes, seeds and offerings towards funding their own "plan B" because the tithe they pay to their pastors is being used to fund their pastor's "plan B".

He said this while reacting to Pastor Paul Adefarasin's advice to his members to have an alternative plan to leave the country due to insecurity.

Freeze said the church should be people's plan B, the place where they run to.

He added that the scriptures clearly instructs shepherds to lay down their life for their sheep. He said the church today isn't doing that, instead "in time of war, they remind you that you're on your own and advise you to sort yourself out with a plan B." 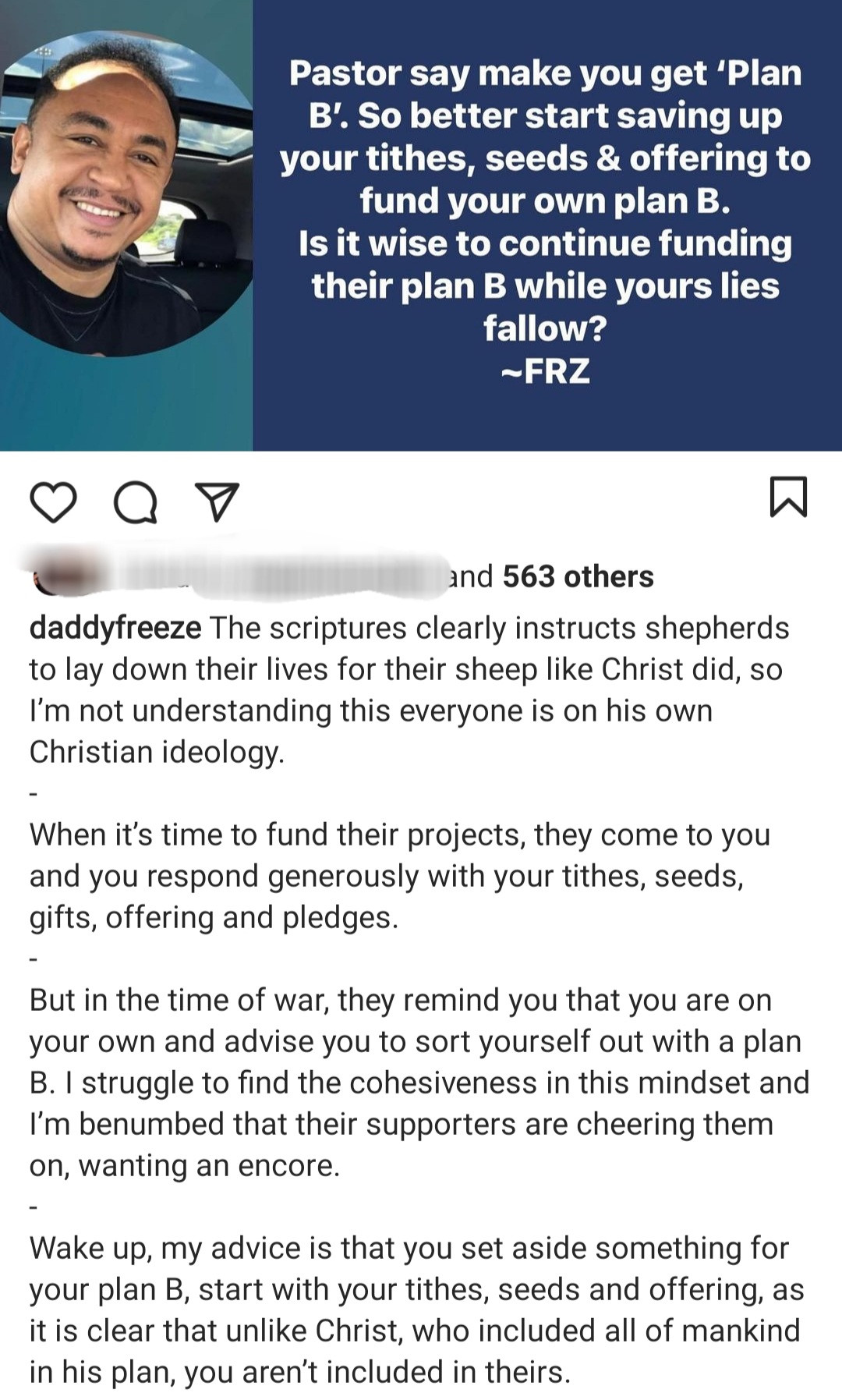 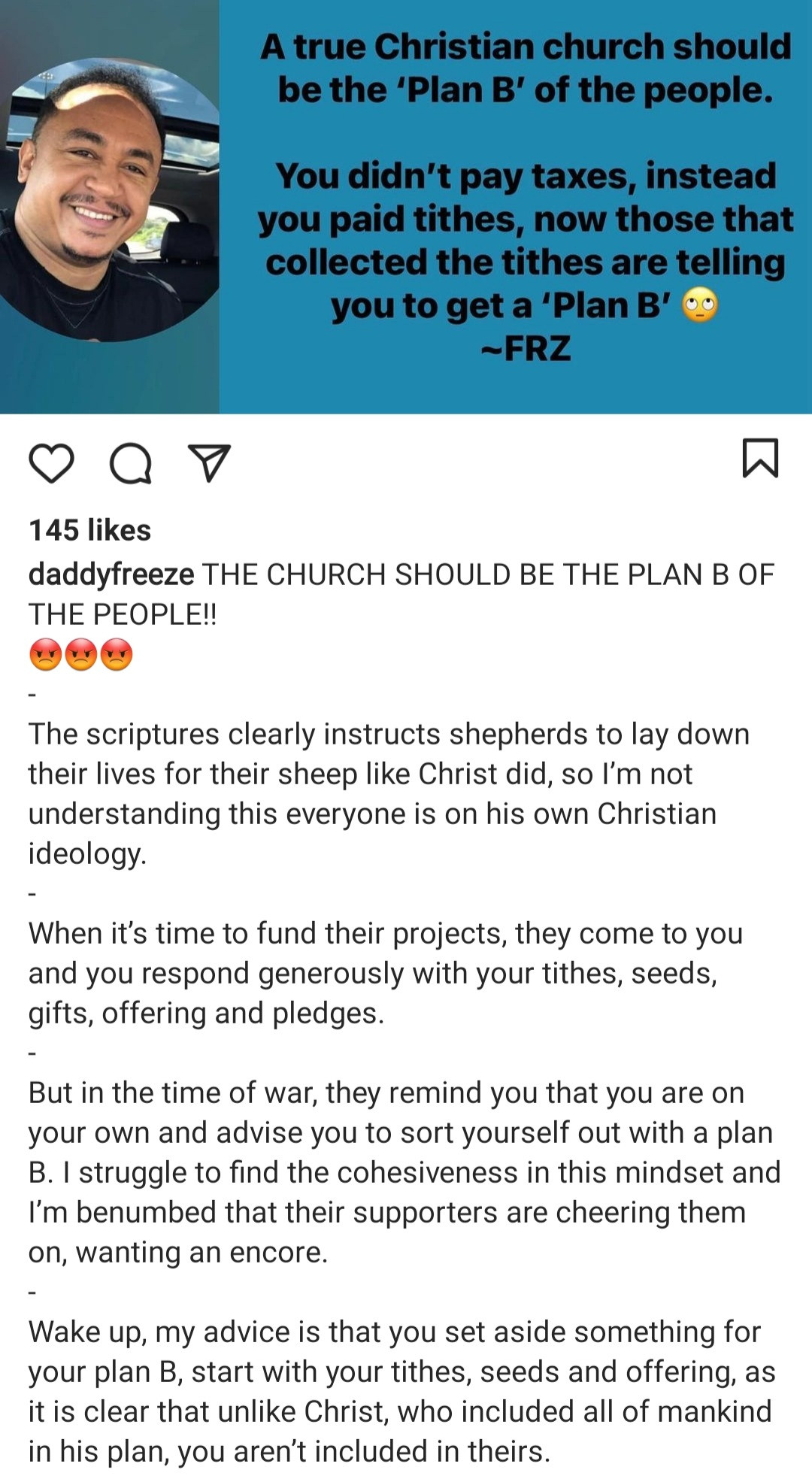