The family of the deceased had, upon his death, accused the police of causing the death of the suspect. 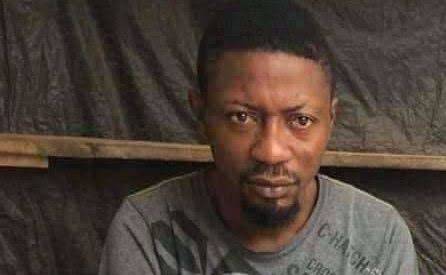 According to a report by SaharaReporters, an autopsy report conducted on Omolola Ejioye Rotimi, a young man who died in police custody, has shown he died as a result of police brutality and harassment.

Ejioye was arrested by officers of the Igbogbo police station over the death of a motorcyclist who died during clash involving commercial motorcyclists, also called okada riders in Ikorodu.

He was allegedly tortured while in detention which reportedly led to his death.

The family of the deceased had, upon his death, accused the police of causing the death of the suspect.

Also, in a Facebook post by Ikorodu Oga, the counsel for the family, Yakubu Eleto, said the deceased was unjustly arrested on May 2 while calling for an investigation into the death of Ejioye, including an autopsy.

The police, in their reaction, refuted claims of torture saying Ejioye “fell ill” and died while in their custody.

In the autopsy report obtained by SaharaReporters, Ejioye died as a result of "smothering, asphyxia and blunt force trauma with cerebral oedema".

The autopsy was conducted by Dr. O. O. Williams of the Department of Pathology and Forensic Medicine at the Lagos State University Teaching Hospital (LASUTH).

It reads, “I hereby certify that I have performed an autopsy on the body of Ejioye Omolola Rotimi of 7, Baba Olomi Street Ikorodu who was stated to be aged 38, that I last saw him on the 18th day of May, 2021, that he was then dead, that he died as I am informed on the 7th of May at 4:30 am and that the cause of death was to the best of my knowledge and herein as stated viz: asphyxia, smothering, and blunt force trauma with cerebral oedema and that the disease had continued till death witness my hand this 18th day of May, 2021.”

The lawyer of the deceased, Eleto, had said, “Our brief reveals further that one Inspector Bisi took him from Ikorodu to Panti and handed him over to one Babatunde in Panti D4 department and the Babatunde collected some amount of money to open a file for the case in Panti.

“On Thursday, the Investigation Police Officer collected another sum of money for mobilisation to Ikorodu to investigate the scene of the death of the okada rider.

“Our client’s family and friends thereafter visited the SCIID Panti where they requested for the release of the deceased on the 5th day of May, 2021 but all efforts were to no avail,” the lawyer wrote.

He added that the police requested a sum of N100,000 from the family members of the deceased so that he could be granted bail, an amount the family could not produce.

The officer, who was not named, also reportedly rejected a sum of N28,000 which the family offered for bail.

“Eventually, when the family was able to see him (the deceased), they noticed he had been subjected to torture by inmates and was with bruises and bloodstains.

“Our clients on that premise requested for the bail but the Inspector Bola of D4 further denied our clients administrative bail on the night of 6th May, 2021 despite the deteriorating health condition of our client. Upon getting to the SCIID, Panti on Friday the 7th day of May, 2021, our clients were told that Omolola Ejioye died in the middle of the night,” the lawyer wrote.

He said the suspect was rushed to Falomo Police Hospital, Ikoyi, where he died.

“The corpse has been deposited at mortuary for the performance of autopsy to ascertain the probable cause of death.

He claimed the suspect was neither tortured nor maltreated by the police, despite his alleged involvement in the murder case under investigation, the statement said.

However, the autopsy report now shows that the police lied about the death of the Ejioye, with proof he was smothered and hit with an object while in their custody.