The State has disclosed that $2.5 billion will be used to finalise processes towards the commencement of the bridge. 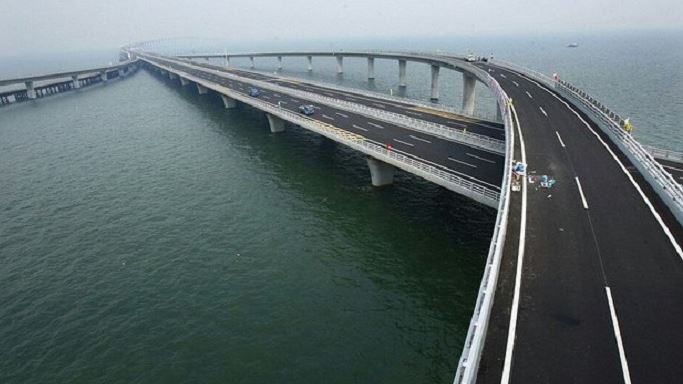 The Lagos State Government has disclosed that the construction of the proposed 4th Mainland Bridge will gulp the sum of $2.5 billion.

Recall that the state government had in September 2020, announced estimation of $2.2 billion for the construction.

The 4th Mainland Bridge which is a proposed 38 kilometer long bridge initiative by the Lagos State Government, connecting Lagos Island by way of Lekki, Langbasa, and Baiyeku towns and across Lagos Lagoon to Itamaga in Ikorodu part. On completion of the project is expected to become the longest bridge in Africa.

According to George, “The preferred bidder out of the six under-listed bidders of the proposed $2.5 billion transaction worth bridge is expected to be determined by October, this year.

“The project, will be funded under Public Private Partnership (PPP) and is presently undergoing technical processes to eliminate every glitch.”

George, said the project is currently being contested among six bidders.

“The State is at a critical point where glitches have been identified and same were been addressed to finalise processes towards the commencement of the $2.5 billion transaction worth project,” he said.

George stressed that the state would continue to ensure friendly environment for private sector engagement to thrive in partnership with the Government in efforts towards driving development courses in the state.

According to him, one of the iconic projects funded under PPP arrangements include: The Ilubirin Estate which is a public foreshore housing project being built on reclaimed land in Ikoyi Island, Lagos, at the the foot of the third mainland bridge, facing the Lagos Lagoon waterfront.

George continued: “Also on housing, are the development of luxury apartments at GRA Ikeja, to replace the Old Lagos Secretariat with multipurpose apartments on 6,2894 sqare metres, Sqm, FBT Coral Estate Limited, a PPP arrangement to reclaim a 775,120Sqm of land for the proposed mixed-used development; provisions of cloud infrastructure and web portal for online gathering and registration of real estate agents and transaction — landlord technologies — to regulate the Real Estate sector.

“In addition is the ultra-modern hostel facilities in the Lagos State University which is a PPP arrangement, Design, Build Finance, Operate, Maintain and Transfer with construction of 16 blocks of 94 rooms each with 376 beds per block, is estimated to cost about N11billion.

“On works also, is the proposed ring road which is expected to provide alternative traffic resources from Lekki to Ikorodu, Ikeja to Ajah, relieving the 3rd Mainland Bridge of its overstretched capacity. It is a 4 lane carriageway cross sectional road with permission for Bus Rapid Transit, BRT lane, and future road construction.

“Also on work is the crescent island toll road project for the reclamation and development of 150 hectares on a proposed 40-year Design, Finance, Build, Operate, and Maintain (DBFOM) arrangement for a toll road project and a link bridge connecting the Mainland to the proposed crescent Island.

“On the power sector is the Imota Power Project which is an independent Power Project for the only Rice Mill currently under construction by the State Government.”

Health projects include: the Lagos State Medical Park for development of a medical village on a 2.1 hectares of land in Ikoyi; development of a Smart Health Information Platform to connect the entire health ecosystem in Lagos State; Joint Venture Pharmacy and equipping Maternal and Child Centres (MCCs) in the State, including those in Ajah, Alimosho and Eti-Osa, local government areas.

Other PPP sponsored projects include: the Lagos Bike Share Scheme; outsourcing proposal for the operation and maintenance of the state owned Tiguar S-410 Unmanned Aerial Vehicles (UAV); establishment of Lagos Aquaculture Centre of Excellence to set up fish farms in clusters to anchor aquaculture growth in Lagos; Eko Token (Lagos Cash Token UCSR); JK Randle Centre for remembrance and reconnection for Yorubas and Africans people for a vital injection of tourism to Lagos, among others.