The death of notorious Boko Haram leader, Abubakar Shekau has been confirmed by Nigeria intelligence community. 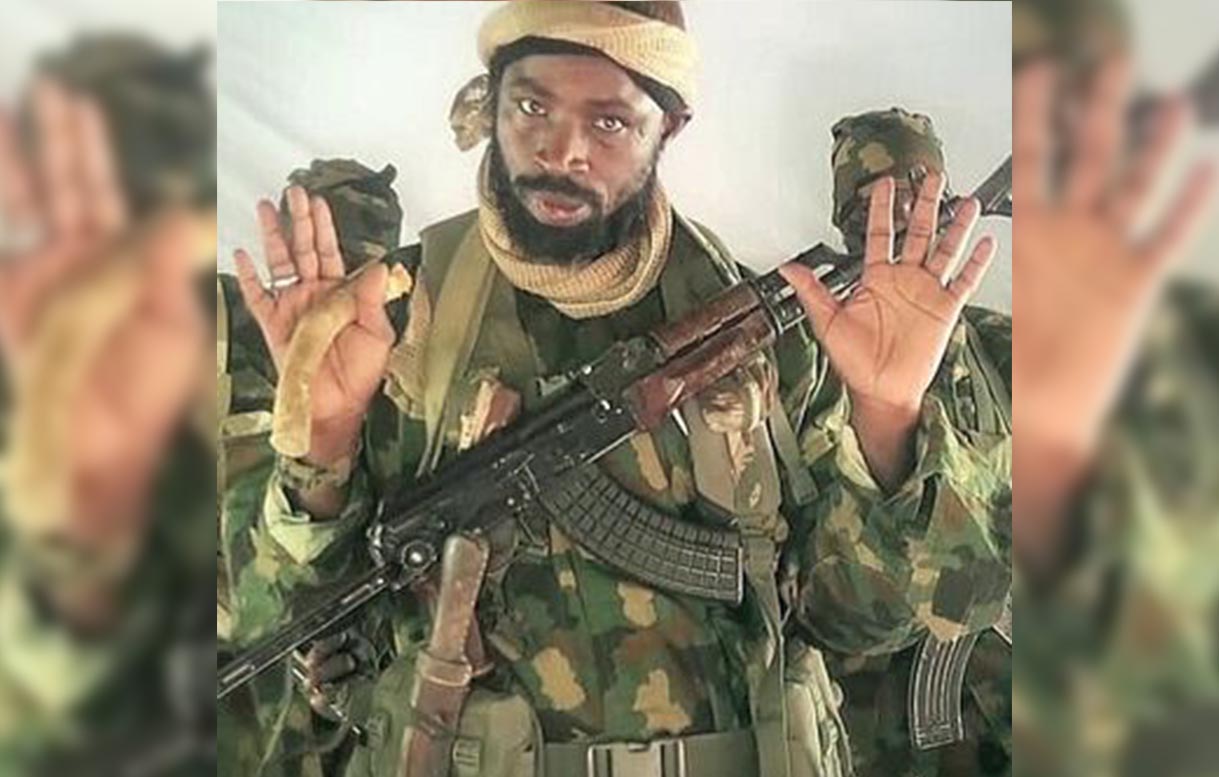 Abubakar Shekau
The intelligence community in Nigeria has confirmed the death of Abubakar Shekau, leader of a Boko Haram.
Shekau died after a clash between his men and fighters of the Islamic State West Africa Province (ISWAP) in Sambisa forest.
A situation report (SITREP) on Thursday confirmed the terrorist leader died Wednesday evening during a battle for supremacy.
It reads: “On 19th May 2021, about 1829hours, ISWAP top fighter Baana DUGURI – on this selector – geolocated around Sambisa forest, Pulka Gwoza LGA BRS, informed ISWAP logistics commander MODU SULUM – geolocated opposite General hospital Konduga LGA Borno State that they killed ABUBAKAR SHEKAU overall BH leader in Sambisa forest.
“DUGURI disclosed that the ISWAP fighters team surrounded the BH leader with his team and shooting ensued between the 2 factions. DUGURI further added that SHEKAU detonated a bomb and killed himself when he observed that the ISWAP fighters wanted to capture him alive.
“Furthermore, DUGURI informed SULUM that the two sides also lost some fighters during the shooting. He avered that even yesterday, ISWAP was pursuing ABUBAKAR SHEKAU and SHEKAU discarded his cap and ran but today the pursuit continued and he was finally killed. DUGURI asked MODU SULUM if the other BH members who fled are returning to their houses?
“In his response, SULUM rejoiced over the death of ABUBAKAR SHEKAU and glorified God over the success. He also said few BH members are returning to their houses.”
The Defence headquarters has placed all commands and formations in Borno on alert. There are fears the battle between Boko Haram and ISWAP will continue.
A statement is being awaited as military spokespersons are currently attending a capacity building workshop at the Nigerian Army Resources Centre (NARC) in Abuja.
The ISWAP, an ISIS-backed splinter group of Boko Haram, has grown in membership, influence, and boasts of high-calibre weapons.
The sect operates from territories around Lake Chad and now occupies some sections of the Sambisa forest after the deadly assault on Shekau.
Top Stories