Insecurity: Tragedy As Bandits Kill One, Abduct Nursing Mother, Baby And Others In Katsina


It was gathered that the bandits numbering about 50 invaded the town at 10:30 pm on Tuesday, May 18 before the unfortunate incident took place. 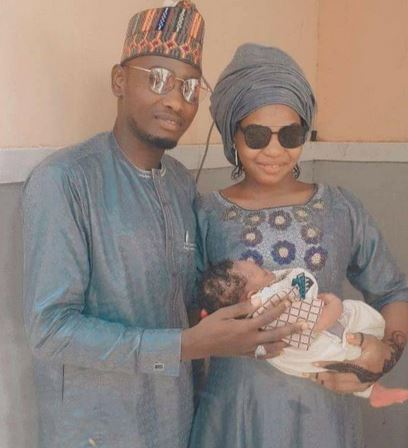 The abducted mother and child

A 65-year-old man identified as Mallam Hassan Bako-Zago has been killed while a nursing mother and her baby have been abducted as armed bandits invaded Batsari town of Batsari Local Government Area of Katsina State.

It was gathered that the bandits numbering about 50 invaded the town at 10:30 pm on Tuesday night, May 18.

A lawmaker, member representing Batsari constituency at the state House of Assembly, Hon. Jabiru Yau-yau, who confirmed the incident, said;

“Bandits yesterday (Tuesday) night at about 10:30 pm attacked Batsari town. They killed one Mallam Hassan Bako-zago and kidnapped many other people. As we speak, we are trying to ascertain the actual number of those kidnapped but they are many,” he said.

Confirming the incident, spokesperson of the State Police Command, SP Gambo Isah, said he cannot ascertain the number of people abducted during the attack.

“The attack happened on Tuesday in Batsari town. They came in their hundreds because they had been trying to attack Batsari, to no avail. They came in form of reprisal.

They regrouped and came into the town, but were repelled by combined operatives of police and military. But they killed one person, Alhaji Hassan, 65 years old. We cannot ascertain whether they abducted people or not. We are trying to ascertain that this morning.” he stated.

Meanwhile, Umar Tukur Galadima, a staff at General Hospital Batsari, has confirmed that his wife and baby son were kidnapped by the bandits.

"To Allah we belong and to Him we shall return. Thieves kidnapped my wife and son. I need your prayers." he wrote on Facebook. 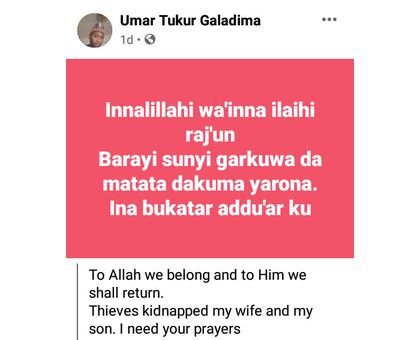