Nigerian Graduate Who Sells Bread In Ilorin Tells His Story, Says He Has No Regret


Narrating his experience, Michael said as someone that “can’t just sit idle doing nothing, I have to engage myself”. 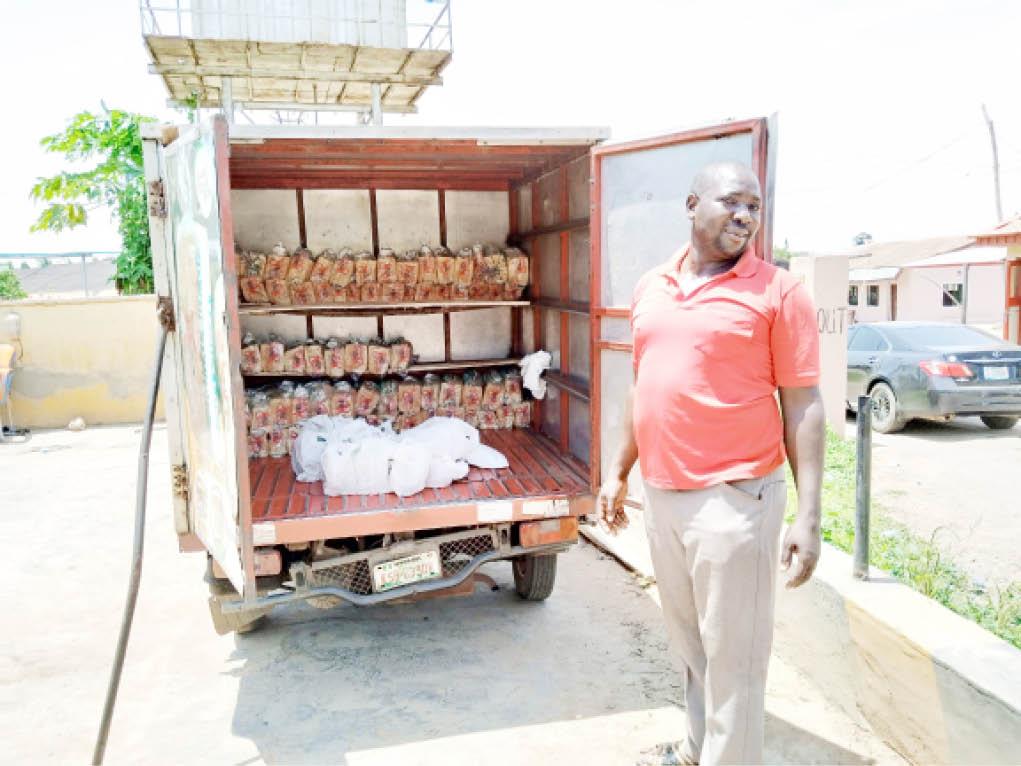 The story has been told of Thomas Michael, a Nigerian graduate who makes a living selling bread.

Why would a Banking and Finance graduate resort to selling bread on the streets of Ilorin you may want to ask?

That was initially the puzzle that many of his customers and residents find difficult to unravel until North Central Trust approached him at his point of sales, Irewolede area just at the front of the New Yidi Prayer Ground, Ilorin, the Kwara State capital.

From Ose Local Government Area of Ondo State, Thomas Michael relocated to Ilorin in 2009 after which he graduated from the Kwara State Polytechnic in 2013. But he was forced into the bread selling business after spirited efforts to get himself a job failed.

Narrating his experience to our correspondent, Michael said as someone that “can’t just sit idle doing nothing, I have to engage myself”. But even at that, why bread selling out of all businesses available?

“Selling of bread is based on commission and personally I don’t really fancy government employment. My intention was to secure a job and generate enough capital to start my own business. Although the commission in the business is meager, the little we are making is meeting some of our needs better than staying at home. It isn’t easy but whatever is worth doing is worth doing well and if one is not extravagant, any business that you’re doing in Nigeria today that can fetch you N2,500 daily, I think it’s fair with the present condition of the country.’’

According to the father of four, sales and profit depends on the company and the customers.

“My company gives commission of N10 on each loaf. So depending on how you fraternise yourself with customers, that will determine how you increase your sales. Some people usually wonder why I have more customers; it is because I’m always particular about customer relationship”. He said the minimum sales for him daily is 200 loaves, which will fetch him N2,000 profit. But on special occasions like Eid celebration or any other festivals when there is boom in sales, he can sell up to 250-300 loaves.

“Also one has to be strategic to make even,’’ he noted adding that it usually depends on the climate of the market of the day. “At times by 10am I am already out till around 9pm. Strategically, we have three sets of customers – Those who are coming back from school runs around 1-2pm, civil servants who after the close of work around 3-4pm and the last set who are the businessmen/women, traders and artisans, who close around 7-8pm. You have to know how to target them”.

According to him, the challenges range from the company itself to the customers which call for patient.

“Sometimes, the company will find it difficult to produce enough of what you need at a particular time to meet the demands of the customers and at other times, customers request for hot bread. How can you get hot bread when you are not in the bakery? Also, there have been instances where some embarrass you because of change.’’

“This business is good because it is ready made, everyone likes to eat bread. But if I have the capital, I will like to establish my own bakery. When we were in school, everybody was aiming to work at the Central Bank, but upon graduation the reality is totally different. I have seen some of my schoolmates that are working for Microfinance banks and all they do is go out for collection of daily contributions, others are in the classroom teaching. So it is the environment but wherever you find yourself, don’t just sit down idle and continue to give excuses”, he added.

For Michael, there is no regret as life itself is a gradual process. But for youth wondering why a graduate of Banking and Finance will resort to bread selling, he has this to say, “They probably have not felt hunger. The government cannot do everything, agreed but we appeal for them to give us an enabling environment for us to thrive.