'We Would Rather Trek To Togo, Others Than Submit Our Phones' IMEI Numbers To Pantami' - Nigerians Vow


The defiance expressed by many Nigerians followed reports on Friday morning that the NCC said Nigerians would have to submit the IMEI of their phones to the commission from July. 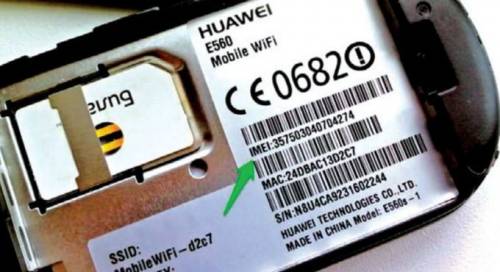 Many angry Nigerians have made a vow to not release their International Mobile Equipment Identity (IMEI) of their mobile phones to the Nigerian Communications Commission (NCC), if Isa Pantami remains the Minister of Communications and Digital Economy.

The defiance expressed by many Nigerians followed reports on Friday morning that the NCC said Nigerians would have to submit the IMEI of their phones to the commission from July.

The regulatory body stated this in the commission’s Revised National Identity Policy for SIM Card Registration.

This is part of NCC’s move to start the implementation of the Device Management System (a Centralised Equipment Identity Register) backed by President Muhammadu Buhari, according to Punch.

A part of the policy said, “Accordingly, His Excellency, President Muhammadu Buhari, GCFR, has directed that the Device Management System should be implemented within three months.”

The NCC said, “With the aim to curtail the counterfeit mobile phone market, discourage mobile phone theft, enhance National Security, protect consumer interest, increase revenue generation for the government, reduce the rate of kidnapping, mitigate the use of stolen phones for crime and facilitate blocking or tracing of stolen mobile phones and other smart devices, one of the means to achieve this is through the deployment of Device Management System.

“The implementation of a Centralised Equipment Identity Register otherwise known as Device Management System will serve as a repository for keeping records of all registered mobile phones’ International Mobile Equipment Identity and owners of such devices.

“IMEIs that have been reported as either stolen or illegal will be shared through the DMS to all the operators and service providers.”

However, the policy has been greeted with public criticism with many Nigerians saying the President Muhammadu Buhari-led administration with the aid of Pantami, who had openly expressed sympathy for terrorist groups, is up to something fishy against the masses, especially in the South.

While some said they would rather relocate to neighbouring countries than submit their IMEI, a lot of people insisted the Nigerian government has an evil agenda for attempting to strip them off their privacy.

For instance, Elder Seun (@iamseunalaofin) tweeted, “We did NIN (National Identification Number), we did BVN (Bank Verification Number), now they want us to drop our phone’s IMEI number. Very soon they would tell us to put Buhari's portrait in our homes for one reason we don’t know yet. At this stage anyone that believes in this government needs Bigi Apple to get their senses back!”

Also, NEFERTITI (@firstladyship) tweeted, “NCC said Nigerians must submit their phone IMEI from July, and it’s mandatory. Obadiah Mailafia already told us 'they will move to Phase 2 by 2022.' With your phone IMEI, they will track your whereabouts. And Isa Pantami has access to your NIN-SIM Registration information.”

“I haven't linked my NIN and I'm definitely not going to submit my IMEI to NCC and Isa Pantami. Patapata, I will relocate to Togo,” Elvis Tunde (@Tundekvng) stated.

“It seems Nigerian Government’s aim is to strip its citizens of their entire privacy,” Duke of Ibadan (@_AsiwajuLerry) said. “From linking NIN with SIM cards and now we have to submit our phone’s IMEI? I’ve made one mistake linking my NIN, I won’t repeat such thing again.”

According to $Hydra (@TheBriDen), “I will trek through the evil wilderness of Niger Republic, the dry scorching and dangerous deserts of Libya and serve as a slave for 2 years in Libya before crossing over to Europe to do prostitution than to give Isa Pantami my IMEI number.”

“Submit IMEI number? These people want to start tracking us o. You will dey your house like this and they will burst your door. I don't think I can do such,” Mayowa Olagunju (@iam_doctormayor) reacted.

“Isa Pantami and the entire APC cult wanted to have access to your IMEI. Face with tears of joy. May you not make that irreversible mistake with Buhari government,” Ayemojubar (@ayemjubar) said.

Oladimeji (@Dimejisayso) tweeted, “Look at how hastily the renowned bigot (Buhari) approves all these inane policies but takes forever to address simple issues. Something fishy is going down.”

M. O. Olanrewaju (@OlawaleMLanre) asserted, “The idea is from Pantami, I am sure. I did my feasibility study on who have registered (linked) their NIN/SIM in the North; 45% have not done it. The policy is against the South. They suddenly realised the importance of IMEI something that beat their imagination at first.”