A fan has lashed out at musician, Davido after he flaunted his new multimillion naira car. 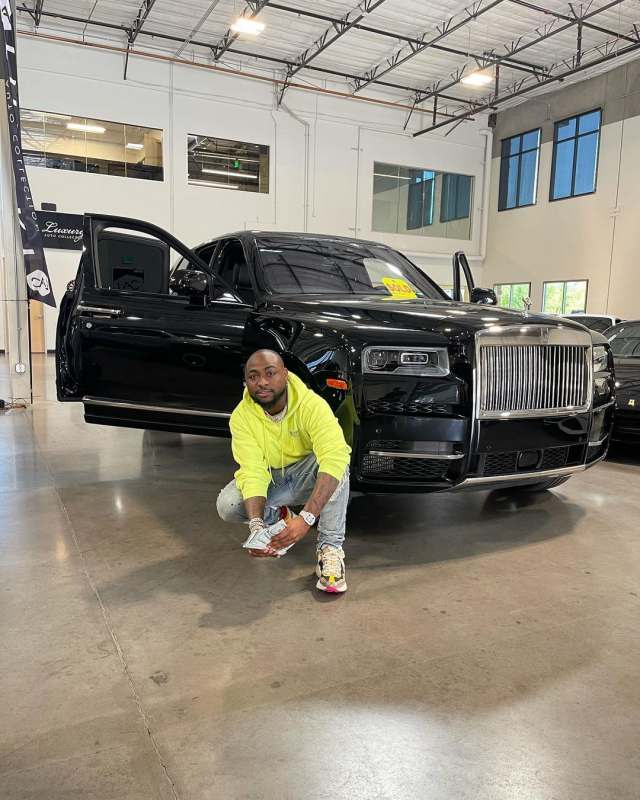 Davido shows off new car
Davido has been called out by a fan for flaunting his newly acquired luxury Rolls Royce car worth over N150millon.
Recall that the singer had gifted himself a brand new whip yesterday estimated to worth millions as a token for his hard work and achieved career goals.
Condemning Davido, a Twitter user identified as Daniel Regha knocked the singer for flashing his wealth unnecessarily and investing in vanity rather than in profitable businesses.
“Davido but invest ur wealth & save for a rainy day; U are m!susing ur wealth purchasing multiple cars u don’t need. Furthermore, when u purchase things, u shouldn’t flaunt them cos doing that make some people especially the youths become desperate to make quick money,” he wrote. 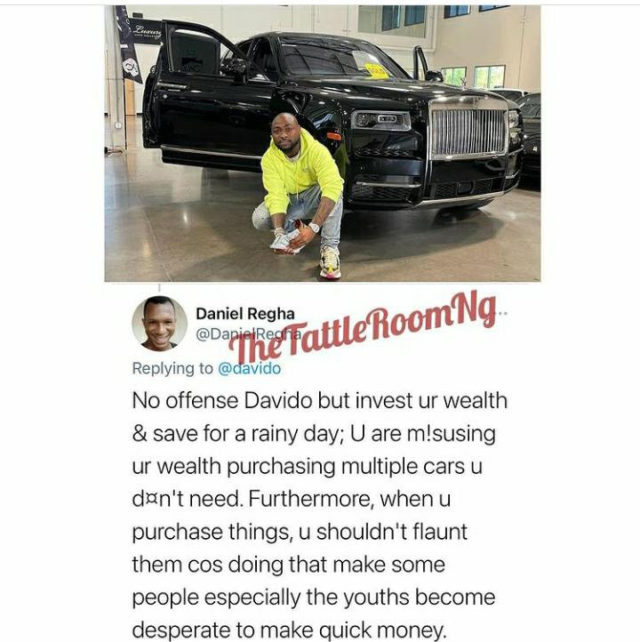