Mr George Edem, Commandant of the corps in the state, disclosed this to newsmen in Benin, the state capital, on Friday, NAN reports. 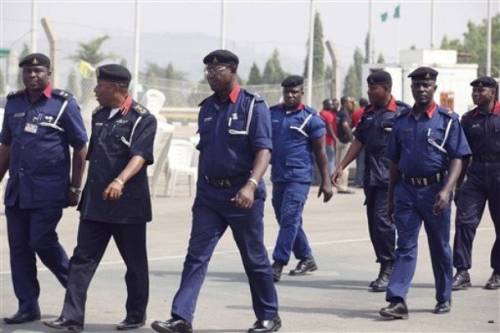 Daily Post reports that the Nigeria Security and Civil Defence Corps (NSCDC) has arrested a 46-year-old cleric and a 49-year-old native doctor for being in possession of firearms in Edo.

Mr George Edem, Commandant of the corps in the state, disclosed this to newsmen in Benin, the state capital, on Friday, NAN reports.

Edem said the suspects specialized in robbing unsuspecting members of the public on motorcycles.

“What they do is to pick passengers with Okada, take them into the bush and rob them at gunpoint.

“They were arrested during one of their operations and a cut–size gun, cartridges, charms and some money were recovered from them,” he said.

He therefore called on members of the public to avail the corps with information to enable the command to book more suspects and criminal elements in the state.

“The suspects would be handed over to the relevant security agency on completion of investigation,” he added.