Photo Of Female Squad Established By NSCDC To Combat Insecurity


According to the NSCDC, this is a proactive measure toward guaranteeing safety and restoring the confidence of students, parents, teachers and the community in the country’s security architecture. 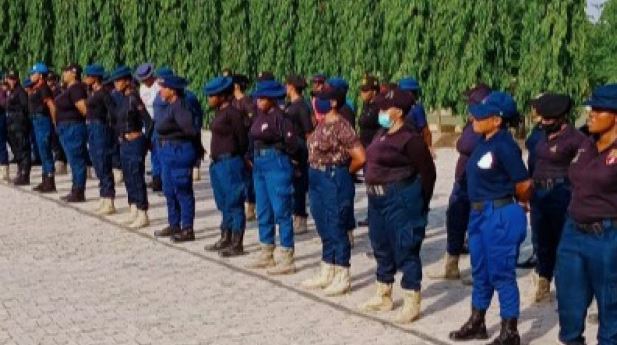 Due to the rising insecurity in the nation, a female squad has been established by the Nigeria Security and Civil Defence Corps (NSCDC)  to enhance security in schools against attacks by bandits.

The NSCDC Commandant-General, Ahmed Audi, disclosed this at the passing out parade of personnel of the squad at the corps training College in Katsina today May 21.

Recent upsurge and frequency of attacks by bandits who engage in kidnapping of students for ransom has made it imperative to focus attention on intensifying security in schools environment.

This is a proactive measure toward guaranteeing safety and restoring the confidence of students, parents, teachers and the community in the country’s security architecture,’’ Audi said.

He said that the corps would continue to take proactive measures in collaboration with sister agencies to guarantee security for the socio-economic development of the country.

The commandant-general charged the personnel to continue to do their best in combating security challenges facing the nation.