Tell Us Where Recovered Loots Are - Sultan Of Sokoto Tells FG


The monarch said the explanation is necessary considering the state of the country's education and other infrastructure. 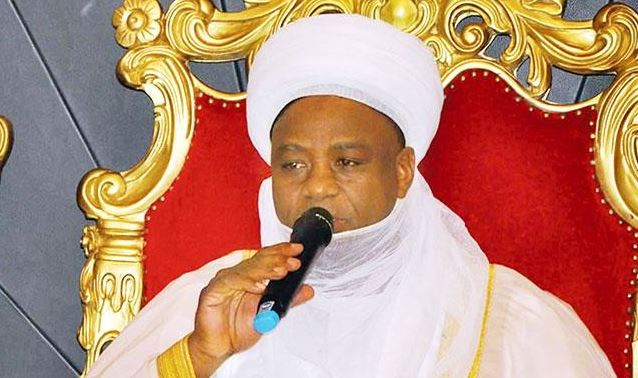 The Sultan of Sokoto has asked the federal government to explain to Nigerians what they do with looted funds recovered from past leaders.

The call was made at the zonal dialogue with stakeholders on the National Ethics and Integrity Policy, organized by the Office of the Secretary to the Government of the Federation, in collaboration with the Independent Corrupt Practices and other Related Offences Commission for the northwest zone.

The Sokoto monarch who was represented by the Wazirin Sokoto Prof. Sambo Wali Junaidu at the event, said the explanation is necessary considering the state of the country's education and other infrastructure.

“The government owes Nigerians an explanation, we want to know how much billions of naira was recovered from our past leaders. Where the monies are and what are they doing with them?

“This explanation is necessary considering the state of our education and other infrastructure like roads which need serious government attention."