A confrontation between a DSS operative and supporters of Sunday Igboho has been captured on tape. 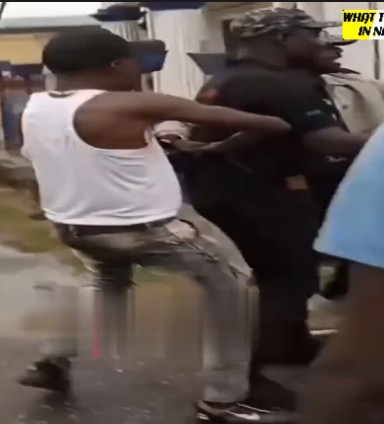 DSS operative chased away by Igboho supporters
A video has surfaced showing the moment supporters of Sunday Igboho confronted an operative of the Department of State Security Service and chased him away.
The confrontation led to choas. The supporters of Igboho were able to have the upperhand as they pursued the DSS operative out of the area.
It was gathered that the incident happened during a march for Yoruba nation staged by Oduduwa Nation supporters.
Igboho has been leading a campaign for the actualization of Yoruba nation.
Watch video:
Top Stories