Many people were off the streets following the sit-at-home order of the Indigenous People of Biafra (IPOB). 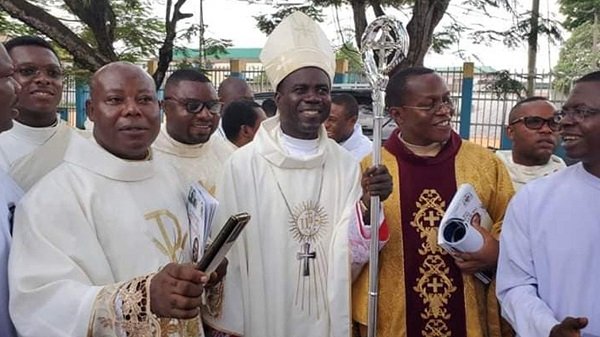 According to The Nation, there were scanty economic activities in Imo State as security was beefed up to forestall violence in the state.

Many people were off the streets following the sit- at- home order of the Indigenous People of Biafra (IPOB).

However, Christians attended their church service defying the order.

Leader of the Indigenious People of Biafra (IPOB), Nnamdi Kanu has issued sit at home directive on May 29, 30 and 31.

The Commissioner of Police Yaro Abutu had urged the people to ignore the IPOB directive and go about their lawful duties.

However, when our correspondent visited Owerri, business activities were halted as heavy security presence was observed at the entrance of some public facilities in the city.

At Ikenegbu near the Government House, few shops opened for sales.

Their owner kept their doors half open for fear of being attacked.

Some people said the scanty streets were because of shootouts on Saturday morning which led to closure of businesses.

At MCC to Toronto in Owerri North Local Government Area everywhere was calm and peaceful as churches opened for their worshippers.

The atmosphere at Egbu road was also peaceful but few people were seen on the road eating to enter fewer buses plying the road.

A man who identified himself as Duruamaku said: “Since the issue of security challenges and sit at home, the area has been calm and people have been going about their normal activities, this is the situation report here for now.”

Chairman, Christians Association of Nigeria (CAN), Imo State, Eches Divine said they were in service to pray for Imo State for peace in the land.

He said: “As you know today is CAN Imo day of prayer, we are praying for Imo State today for peace in the land. We are already in the service that is what I can tell you now.”