According to him, he has had s3x several times on a first date and he sees nothing wrong with it. 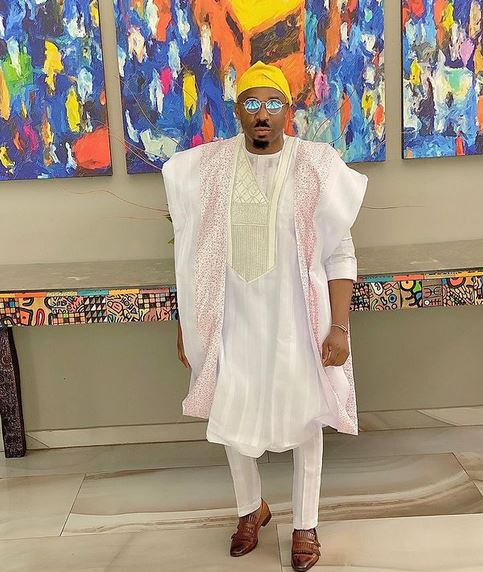 Controversial  Nigerian socialite and businessman, Pretty Mike, has disclosed that being intimate with a lady on the first date does not make her cheap.

In an interview with the Punch, he said, “I have had s3x on a first date plenty times. It is a normal occurrence these days.

There is nothing wrong with it. Some people have asked that what happened to getting to know one another well but s3xual intimacy is part of the process.

Sometimes, sex helps in a relationship. Having s3x on a first date does not mean that the lady is loose or has no morals. As a matter of fact, one can tell whether a woman has loose morals without even having sex with her.”

Shedding more light on the Instagram post he made during the week where he claimed that a lady attempted to force a child on him after a one night rendezvous.

He said, “I thought of having a DNA test for the child but at the same time, I was hesitant. I got carried away by the sight of the baby and I was overwhelmed with the love I was getting from her. I actually found out I was not the father of the child three years ago.

I did not want to talk about it in the past. You would also notice that I don’t like to talk about my family. I keep them away from the public.

“A lot of women want to trap men with children that are not theirs. But in my case, I also think she did not know who the father is because she had other s3xual partners.

Many ladies have been driven to the streets by the state of the country. Even though that is not an excuse, that is our reality in Nigeria. In a country of about 200 million people, it stands to reason that some would survive while some would not.”