Horror As Bride Dies During Her Wedding Ceremony...What Happens Next Will Totally Shock You


The bride suffered a heart attack at the ceremony in Etawah city, Uttar Pradesh, after exchanging garlands with husband-to-be Manjesh Kumar as part of Hindu wedding tradition. 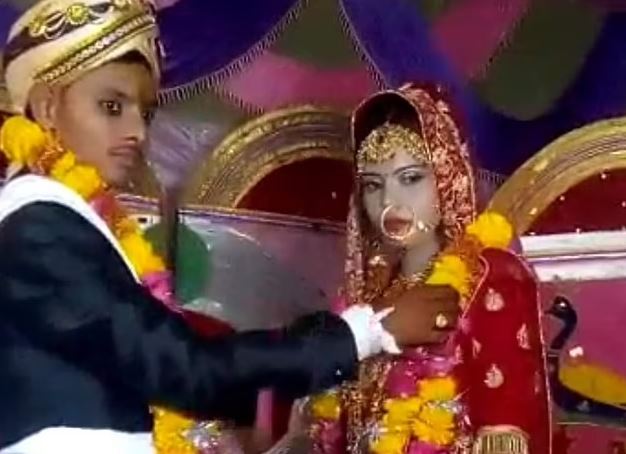 Groom Manjesh Kumar is pictured with his bride, Surbhi, before she dropped dead. Both families then agreed Manjesh should marry Surbhi's sister

In what will come across as a really shocking development, a bride collapsed and died at her own wedding in India - only for her sister to then marry the groom at the same ceremony when the family decided to carry on with the festivities.

The bride, named as Surbhi, suffered a heart attack at the ceremony in Etawah city, Uttar Pradesh, after exchanging garlands with husband-to-be Manjesh Kumar as part of Hindu wedding tradition.

A doctor from the local village was called to the scene but was unable to save her.

But rather than call a halt to proceedings, families of both parties agreed to continue with the wedding ceremony by replacing the bride with her sister, Nisha. Surbhi's body was kept in a separate room while the festivities took place and she was later cremated.

One of Surbhi's uncles, Ajab Singh, told MailOnline it was a 'tough call' for the family to carry on with the wedding.

Surbhi's brother Saurabh added: 'It's hard to believe a dead body was in the other room — and a bride was being prepared in next one.'

'We did not know what to do in the situation,' he said in separate comments to news agency IANS.

'Both the families sat together and someone suggested that my younger sister Nisha should be married to the groom. The families discussed the matter and both agreed.' 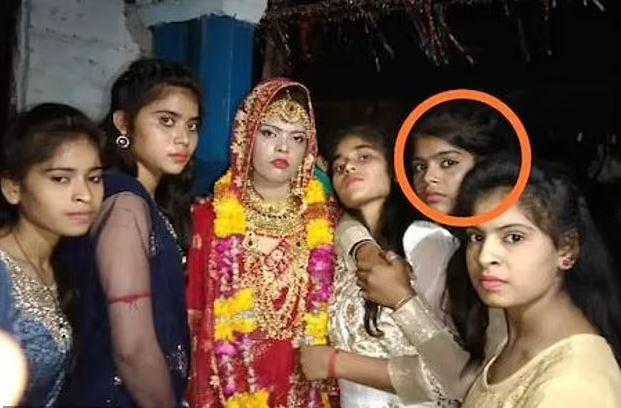 The sisters are pictured together on the day before the sudden death of Surbhi, with Nisha circled

The bride's family would likely have been expecting a dowry, while the groom's would have wanted to avoid the stigma of returning from a wedding without a bride.

The bride's mother, Guddi Devi, made an emotional appeal for the wedding to go ahead.

She is now being taken care of by her son Gaurav following the incident.

'Mummy is in a lot of pain. She calls for her day in and day out as she was the eldest daughter. She had dreamed of doing wonders in her life. May she rest in peace,' Gaurav told MailOnline.

One of Surbhi's uncles, Ajab Singh, said: 'It was a tough call for our family.

'One daughter lay dead in one room and the wedding of another daughter was being solemnized in the other room.

'We have never witnessed such mixed emotions. The grief over her death and the happiness of the wedding has yet to sink in,'