How We Were Recruited By IPOB To Train Over 4,000 ESN Members – Ex-Soldiers Reveal


The suspects also claimed that IPOB leader, Nnamdi Kanu, promised them that “when” the State of Biafra was achieved, they would become military generals in the new country. 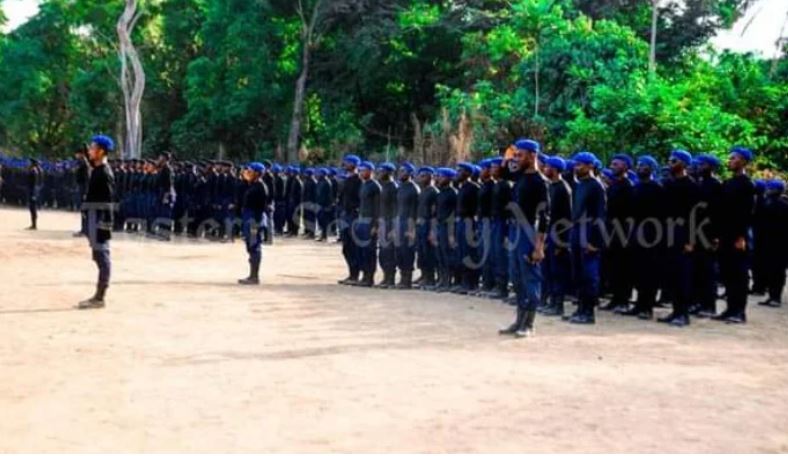 According to a report by The PUNCH, three soldiers dismissed from the Nigerian Army for various offences – Linus Owalo, Godswill Steven, and Chinasa Orji – have said they trained over 4,000 Eastern Security Network members after the Indigenous People of Biafra made them mouth-watering, including overseas training.

The suspects also claimed that IPOB leader, Nnamdi Kanu, promised them that “when” the State of Biafra was achieved, they would become military generals in the new country.

However, the suspects said they discovered that all the promises IPOB made to them were lies, adding that since helping the proscribed secessionist group to train ESN members, none of the promises had materialised.

Saturday PUNCH learnt that Owalo, Steven, and Orji spoke after their arrest by operatives of the Intelligence Response Team of the Nigeria Police Force.

ESN, regarded as IPOB’s armed wing, has been accused of violence in the South-East, including attacks on government facilities and killing of security agents.

Saturday PUNCH gathered that the trio were rounded up after the IRT, acting on intelligence, raided ESN’s hideouts in Imo, Anambra, and Delta states, as well as Abuja.

It was learnt that Owalo, a 32-year-old father of two, was enlisted into the Nigerian Army in 2013 and attached to 102 Guard Brigade Battalion, but was dismissed in 2019 from the army for deserting.

His colleagues, Orji and Steven, were also enlisted into the Nigerian Army in 2015 and 2017, respectively, and were trained at 133 Special Force Battalion. But were both dismissed in 2020 and went to join the ESN to train its members in Abia and Delta states.

Confessing, Owalo, an indigene of Yala Local Government Area of Cross Rivers State, said, “I was enlisted into the Nigerian Army in 2013 and posted to the Guards Brigade Headquarters, Federal Capital Territory, Abuja. But in 2019, I was absent on duty and the army authorities arrested me. I was charged and subsequently dismissed from the service.

He said he was later contacted by the IPOB and moved to a forest in Abia State, where “I trained over 4,000 ESN members. This was in October 2020. I also met some other dismissed soldiers of the Nigerian Army at the ESN camp. Three months into the training, I was redeployed to the ESN camp in Delta State. All this while, they didn’t allow me to speak to Nnamdi Kanu. I was just talking to his boys. I was used and brainwashed by IPOB.”

Another suspect, Steven, a 33-year-old indigene of Bende Local Government Area of Abia State, said he joined the Nigerian Army in June 2017 and was attached to 133 Battalion, and eventually deployed in Maiduguri, Borno State, in 2018.

Steven said he was dismissed from the army for deserting his base, explaining that he left his base because he sustained injuries at the battlefront but was not allowed to go for treatment.

He said, ““I eventually dismissed by the Nigerian Army and accepted IPOB’s offer. I was paid N100,000, which was twice the salary I was earning at the Nigerian Army. I travelled to Abia State, where Orji and I took oaths to be loyal to Nnamdi Kanu. We trained ESN in combat and special forces manoeuvring.”

Steven said he eventually left the ESN camp when it became clear that the promises made to them were not materialising.

The third suspect, Orji, 23, said he was dismissed by the Nigerian Army in 2018 after attending the burial of his elder brother, a soldier, killed on August 22, 2018, against the order of his superiors.

He said, “My bosses refused to give me a pass to attend my brother’s burial, so I travelled without permission. When I returned to base, I was arrested and detained.

“While in detention, I started chatting with a friend who told me that Nnamdi Kanu needed my service to train IPOB militias. He told me that Kanu was ready to pay me twice the money I was earning in the army. I accepted his offer after my dismissal.”