I Attempted Suicide In 2018 — Comedienne Warri Pikin Opens Up (Video)


The comedienne revealed that at the time, her family was in debt to the tune of N22m hence the decision to end her life. 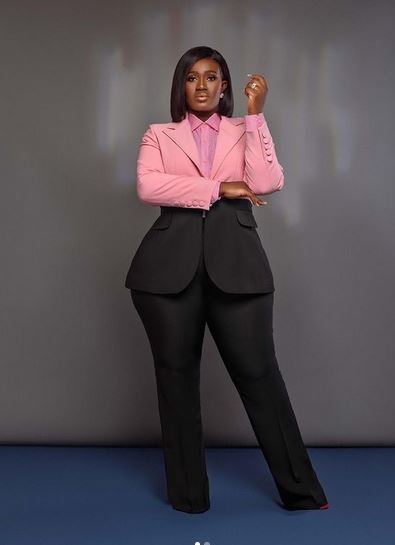 She revealed that at the time, her family was in debt to the tune of N22m. She made this revelation on Sunday via her verified Instagram page.

In one of the pictures she posted, the comedienne turned actress posed, looking dapper in a suit. The second picture showed her receiving a drip as she lay on a bed in a place that looked like a hospital.

She took to the caption section to reveal her ordeal at the time.

Asuoha wrote, “On the 6th of June, 2018, the only words I was hearing in my head were ‘end it now! give up already! No hope! You and Ikechukwu will never pay up the N22m debt! The suffering will never end! End it! End it!’

“You will beg all the days of your life! Help will never come! Rent, school fees, bills are due you can’t pay! You and Ikechukwu salary put together in 5 years can’t pay back the debt End it! The banks, Friends etc. you owe won’t stop calling and embarrassing you. end it! The Shame and pain is too much and it will get worse. End it! End it now! God will never come truuuuuuuuu for you!” (sic)

She further explained that at a point, she gave in to the thoughts in her head and attempted suicide.

The comedienne continued, “And because I was exhausted, I believed the voices in my head. I made an attempt to take my own life. (Dear God, thank you for giving me a second chance).

“Little did I know that my breakthrough was near and God was just preparing me for where he was taking me.”

Asuoha seized the moment to advise her friends and fans to always say no to suicide. She further urged them not to give up on their dreams.

The funny lady advised, “Las las, na who give up lose. Say no to suicide. Build capacity. Nobody owes you anything. Hope in God alone. Take only calculated risks. Problem nor dey finish. Balance your circle. Always check on your mental health. Don’t be hard on you.” (sic)

Her revelation elicited a lot of conversations from her friends and fans who took to her comment section to air their opinion and congratulate the comedienne for scaling the difficult hurdle.

Popular entertainer, Denrele Edun, said. “Your life has a purpose. Your story is important. Your dreams count. Your voice matters. Love yourself. Value yourself. Be yourself. The world needs YOU! Sis, you’re a LIVING TESTIMONY!!!!!!!!!!!!!”

Music executive, Ubi Franklin, noted that he first met the comedienne around that time, but she seemed fine.

He wrote, “Life is crazy. I met you this year or I think 2017; you didn’t look like anyone who was going through anything. May God always keep and strengthen us through hard times.”

Meanwhile, in 2016, the World Health Organisation revealed that Nigeria had the highest rate of suicide among African countries with over 17,000 lives lost to suicide that year.

The figure puts Nigeria as the leading country in the African region, followed by Ethiopia and South Africa with 7,323 and 6,476 cases, respectively.

In the report titled ‘Suicide in the World: Global Health Estimates’, hanging, pesticide, self-poisoning and shooting were the three commonest methods by which people committed suicide.

It’s Over In Nigeria – Lady Cries Out After Buying A Tuber Of Yam For N3,000k (Video)
Recent Stories