A drug pusher from Nigeria has been apprehended in faraway Turkey after ingesting 844 grams of narcotics. 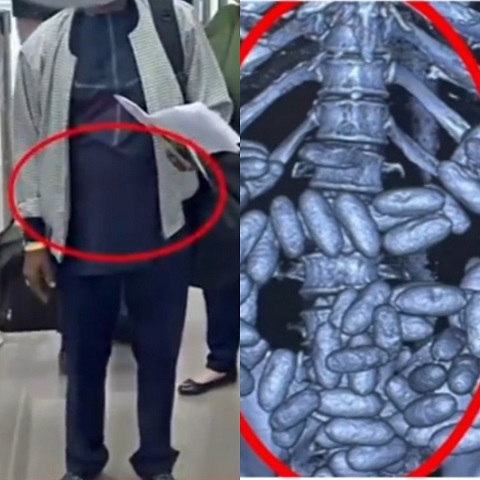 The Nigerian was arrested in Istanbul
A Nigerian drug pusher has been nabbed in Istanbul, Turkey.
The man identified with the initials B.E.O was detained at the Istanbul Airport after he ingested 844 grams of a narcotic substance.
The drugs he ingested were in 96 capsules and were picked out by the airport body scanners.
The suspect, who came to Istanbul with the Ethiopia-Istanbul flight, was detained upon arrival at the airport.
Watch the video of his arrest below: