He disclosed that his advice was based on the first-hand knowledge he had of the love that Pastor T. B. Joshua always had for the poor everywhere in the world. 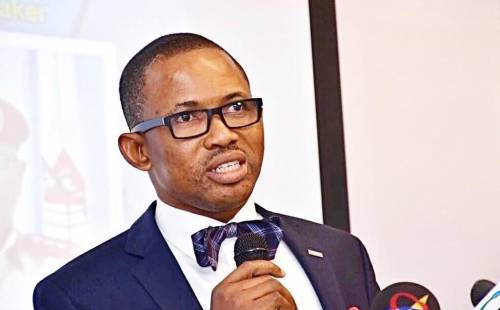 Dr. Kayode Ajulo, a legal practitioner, has urged that the wish of the founder of The Synagogue Church of All Nations, Prophet Temitope Balogun Joshua, popularly known as Prophet TB Joshua should be respected.

Ajulo, who spoke to Vanguard, explained that the deceased's wish was to spend the later days of his life to transform Akoko land where he had planned to retire as a Guru while still touching the lives of millions around the world.

He warned that if this advice is turned down and he is made to rest in a foreign land, he would turn in his grave.

He disclosed that his advice was based on the first-hand knowledge he had of the love that Pastor T. B. Joshua always had for the poor everywhere in the world.

"Joshua deserved a peaceful rest at home in Akoko land and in Arigidi Akoko of Ondo State to be precise because. He loved Akokoland wholeheartedly, he always wanted the best for them.

“We had many reasons and fora where we met and held discussions about poverty alleviation and I can reveal to you today that virtually all our discussion were about the Akoko land particularly, then we sometimes mentioned how life could be better for the people living in Ondo State, especially when we were to review the happenings in the country generally.

“I still keep wondering why we have been opportune to discuss over many years and not a time have we ever discussed the issue of religion. I want to urge his immediate family and especially those saddled with the responsibility of planning his funeral programme to consider his passion for his roots and make sure that his body be returned to Akoko land, and Arigidi Akoko to be precise, or else TB Joshua will be turning in his grave in Lagos or any other place he is laid to rest until he is taken back home.

"He desired to spend the rest of his life in Akokoland, precisely Arigidi, he shared his dream of a big internationally acclaimed university where he’ll reside as a guru."

SaharaReporters had reported that the traditional ruler of Arigidi Akoko, Oba Yisa Olanipekun, also said the remains of the cleric should be buried in his hometown, Arigidi Akoko, in Ondo State.

The monarch on Monday explained that other clerics including Prophet Moses Orimolade were buried in his Ikare hometown. He stressed that Prophet TB Joshua is treasured in his hometown and that he must be buried in Arigidi Akoko.

"My greatest regret is that TB Joshua could not complete the university project in Arigidi," the king said.

“He would bring rice to the people whenever we requested. He hated to see people go hungry. He was instrumental to the electrification of many communities in Akoko land after years of darkness,” he added.