Man Allegedly Kills His Girlfriend, Uses Her For Ritual (Photo)


The lady was used for ritual purpose while her 15-year-old daughter was also raped by the suspect.

Monyeki
A 34-year-old man who used his girlfriend for money ritual has been arrested and arraigned in court.
The man's girlfriend has been identified as Monni Elsah Monyeki.
She was used for ritual purpose while her 15-year-old daughter was also raped by the suspect in North West, South Africa.
The accused on Tuesday, June 15, appeared in the Moretele Magistrates' Court in Temba on charges of murder and defeating the ends of justice.
The accused's court appearance stems from his apprehension on Wednesday, 2 June 2021, for rape.  He will make his second court appearance today, Thursday, June 17,  for a formal bail application on all the charges.
It is alleged that Monyeki, 28, was reported missing by her aunt to the police in Makapanstad. She was last seen on Saturday, 29 May 2021, with her boyfriend and her 15-year-old daughter when they went to the river for a cleansing ritual.
They were at the river when the accused allegedly gave both Monni and her daughter a liquid mixture to drink. The pair allegedly lost consciousness immediately thereafter. The accused allegedly raped the girl and thereafter warned her not to tell anyone about the incident.
He allegedly put Mmoni who was still unconscious in a wheelbarrow and pushed her to his house. The daughter then went home leaving her mother at the boyfriend’s house.
Monni was never seen again since that time and that prompted her aunt to report her missing on Wednesday, 2 June 2021. Reportedly, the aunt was accompanied by the accused and Monyeki's daughter who explained to the police what transpired on Saturday, 29 May 2021. As a result, the accused was immediately arrested for rape and appeared in court on Friday, 4 June 2021. He was remanded in custody.
Police continued with the search for Monni and in the process also questioned the accused who kept on denying that he knew where the missing person was.
However, the accused eventually relented and took the police for pointing out. Consequently, Monni's burnt and decomposed body was found buried in a shallow grave in the bushes between Mathibestad RDP Section and Rajiepane village on Saturday, 12 June 2021.
Preliminary investigation revealed that some body parts were missing. The accused was then charged with murder and defeating the ends of justice.
Investigation into the matter continues. 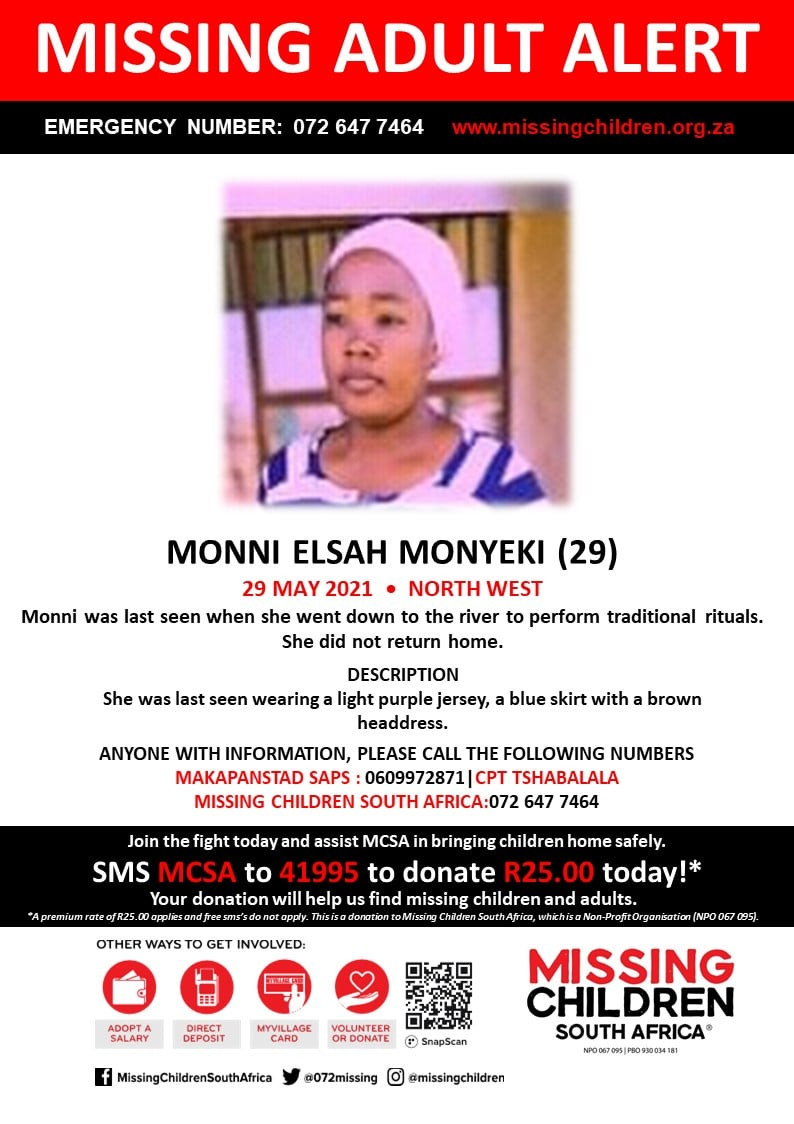