The warning was given to him to her by media personality, Princess Onyejekwe. 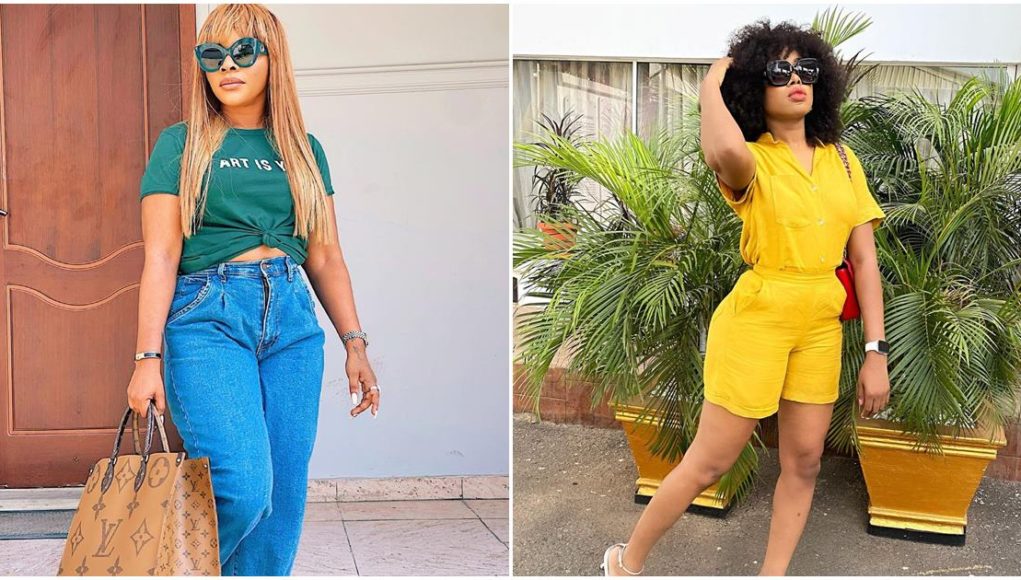 Laura and Onyejekwe
Nigerian businesswoman, Laura Ikeji has been warned to leave side-chics alone.
The warning was given to him to her by media personality, Princess Onyejekwe.
This comes after Laura Ikeji shared a video on her Instagram page urging married women to cultivate the habit of saving and investing their money wisely.
According to her, this is important because she has observed that side chics are now living better off than housewives, by driving in Range Rovers and living lavish lifestyle.
Reacting to this, Princess had told Laura not to advise people to turn their marriages into a business scheme. 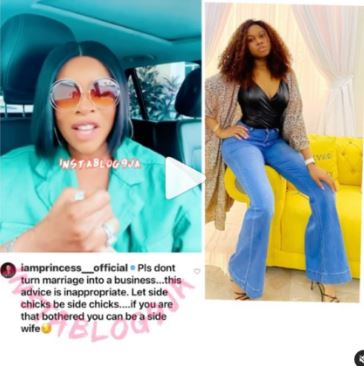 She wrote;
“Pis don’t turn marriage into a business…this advice is inappropriate. Let side chicks be side-chicks….if you are that bothered you can be a side wife”.
Princess onyejekwe laura ikeji
See comments Princess post has generated below;
@joewhite4u wrote; You just want to trend Princess. Laura made a valid point. Don’t be unfortunate🙄
@long_ass_day wrote; Where did she even conduct a survey to know that side chics are getting wealthier than the wives. Side chics flaunt on social media, wives are busy doing other things
@treasuredaniel_ wrote; Princess is pained because she’s a side chick!! Leave Laura alone, out of all languages she chooses to speak facts!!