This comes after the ECOWAS court warned the federal government not to prosecute any Nigerians using the microblogging site. 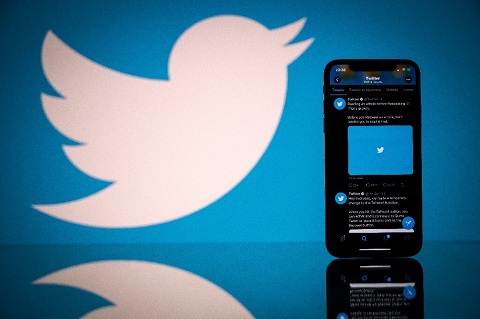 Twitter
The Federal Government has insisted that the decision to ban Twitter is legal.
This comes after the ECOWAS court warned the federal government not to prosecute any Nigerians using the microblogging site in a recent ruling.
Reacting, the FG said that its decision to suspend the activities of Twitter is well founded in law and it has not breach the citizens’ rights by so doing.
According to NAN, the Minister of Information and Culture, Alhaji Lai Mohammed made this known in a presentation to the House of Representatives Joint Committee on the Suspension of Twitter in Nigeria.
A copy of the paper presented to the Committee by the minister at the National Assembly on Tuesday was made available to the News Agency of Nigeria.
In the presentation, the minister contended that Twitter activity in the country is in violation of public interest and negate some provisions of Terrorism Act as well as Companies and Allied Matters Act (CAMA).
The minister said Twitter suspension is in line with national and international laws which give Nigeria the power to regulate its cyber space and give all necessary orders designating any computer system, network or application as forming part of its national infrastructure.
Mohammed, a lawyer, contended the freedom of expression guaranteed in Section 39 of the 1999 Constitution is not absolute.
He explained that Section 49 of the same Constitution permits restrictions of civil liberties in the public interest stressing,“public Interest takes precedent over individual interest’’.
“The operations of Twitter in the Nigerian social space is not legally permissible when it is used in airing of information that endangers the life and security of the majority of citizens of Nigeria.
“This is in light of the fact that the platform affords IPOB, an organisation already proscribed by the Federal High Court, to champion its seditious and terrorist based activities
“The principles of law are clear on the exercise of personal human rights in the face of national security threats which affects the larger citizen,’’ he said.
The minister also argued that the federal government is empowered to take all reasonable steps to defend its cyber space where it perceives or finds that a Cyber-crime, is threatened to be committed or has been committed.
He said both national and international statutes empower the federal government to regulate and promote the security of the Nigerian cyber space, including but not limited to organisation and user’s assets.
“Organisation and ​user’s assets include connected computing devices, personnel, infrastructure, applications, services and telecommunications systems.
“It also included the totality of transmitted and/or stored ​information within the Nigerian cyber-Space/environment including social media such as Twitter, Facebook…, applications, internet platforms, and cloud computing platforms,’’ he said.
Mohammed stressed that where a seditious act has been committed against the Federal Government through the Cyber Space the perpetrators shall be liable.
The minister noted that the rights to freedom of expression on the Twitter platform is qualified by the provisions of sections 5(1) and (2) of the Terrorism Act of 2011.
He said the sections provide that any person who directly or indirectly solicit or render support for commission of an act of terrorism commits an offence liable on conviction to not less than 20 years.
“This include incitement to commit a terrorist act through the internet or any electronic means or through the use of printed materials or through the dissemination of terrorist information”.
Mohammed said the operation of Twitter as business entity in Nigeria without fulfilling the conditions precedent by registering with the Corporate Affairs Commission is illegal.
He said CAMA, the primary law governing businesses in Nigeria provides that a foreign company must take necessary steps to obtain incorporation as a separate entity before engaging in any business.
“Until so incorporated, the foreign company shall not carry on business in Nigeria or exercise any powers of a registered company as provides in Section 78 (1) of CAMA, 2020.
“Hence, flowing from this background a foreign Company as Twitter cannot be clothed with the legitimate rights to operate as a company registered in Nigeria, as they are not licensed accordingly,’’ he said.
The minister said that the State Security Services (SSS) which provided the lawful basis for the suspension of Twitter acted in line with its power of prevention and detection of any crime against the internal security of Nigeria.
He reiterated government position to the committee that the ban on the operation of the micro blogging platform, Twitter, is in the interest of the country.
NAN reports that the Federal Government on June 4 suspended indefinitely, the operations of the micro-blogging and social networking service, Twitter in Nigeria.
Mohammed who announced the suspension cited the persistent use of the platform for activities capable of undermining Nigeria’s corporate existence.
He said the Federal Government had also directed the National Broadcasting Commission (NBC) to immediately commence the process of licensing all Over the Top (OTT) and social media operations in the country.
Following the outcry that greeted the suspension by a section of Nigerians the House of Representatives had referred the case to the joint committee which in turn summoned the minister for interrogation.
Top Stories