The incident was said to have happened at Olopomeji village, Egbeda Local Government Area of the state. 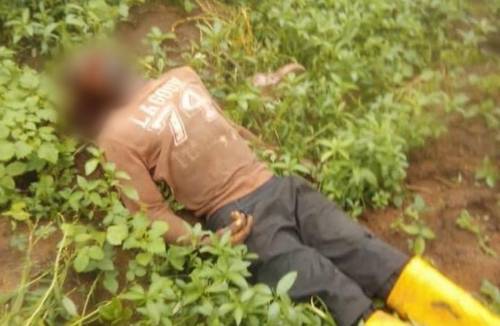 According to a report by SaharaReporters, some suspected Fulani herdsmen have again killed a farmer in Oyo state.

The incident was said to have happened at Olopomeji village, Egbeda Local Government Area of the state.

SaharaReporters gathered that the deceased who was an indigene of Igede in Benue state, was killed on his farm.

Eyi called on the state government to provide more security to farmers while urging members of the Igede community in the state to remain calm.

There has pressure on the state government to improve security in the state, especially regarding threats posed by Fulani herdsmen.

Some suspected herdsmen recently attacked Igangan area in the state, killing no fewer than 10 persons and burning the palace of the traditional ruler of the town.