Olofa Ina said this at the High Court in Ikeja where Baba Ijesha is standing trial for alleged sexual assault of a minor. 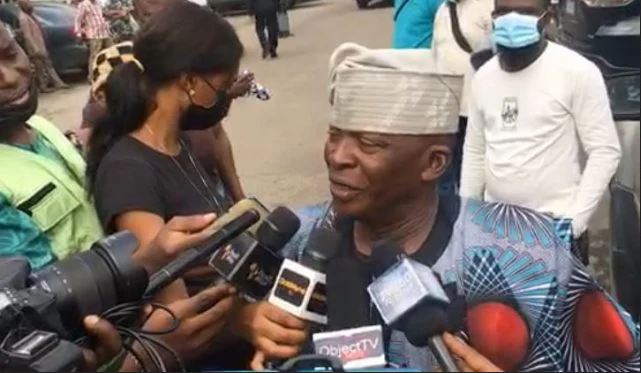 Olofa Ina said this at the High Court in Ikeja where Baba Ijesha is standing trial for alleged sexual assault of a minor.

This is as the case has caused a rift between actor Yomi Fabiyi, who wants a proper verdict from a court and not social media; and actress Iyabo Ojo who has been on the side of the minor.

“It can’t cause a division,” Olofa Ina told journalists at the court premises.

“The issue here is that the youngsters of today didn’t participate in associations, they met fortune on the ground.

“Those of us who suffered before we could earn a living in the business of theatre won’t want a division in our midst.”

On the rift between Yomi Fabiyi and Iyabo Ojo over the sexual assault case, Olofa Ina said he called the latter and begged her to put an end to it.

He said she banged the phone on him after telling him to put his daughter in the shoes of the minor allegedly sexually assaulted by Baba Ijesha.

The PUNCH reported that the Theatre Arts and Motion Pictures Practitioners Association of Nigeria expressed disappointment at the allegation levelled against Baba Ijesha.

In a statement signed by its Director of Research and Documentation, Yemi Amodu, TAMPPAN said it would never support any hideous act but would support the Lagos State Government in ensuring that justice is served.