Stakeholders have complained bitterly that the bill is targeted at gagging the media. 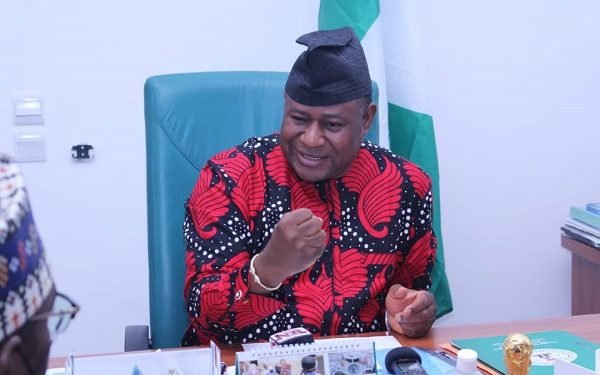 Hon. Odebunmi
The Nigerian federal lawmaker who sponsored the controversial Nigeria Press Council (NPC) Amendment Bill has been identified as Hon. Segun Odebunmi, the Chairman House of Representatives Committee on Information National Orientation Ethics and Values.
Stakeholders have complained bitterly that the bill is targeted at gagging the media.
Clarifying on why he came up with the bill, the lawmaker said the bill's intention was to identity and remove existing hindrances as well as bottlenecks standing in the way of optimum performance of the NPC.
Odebunmi, who represents Ogo Oluwa/ Surulere Federal Constituency of Oyo State, told reporters the bill was initiated to bring the Council up to tune with current realities in the media industry.
He said it was never to infringe on freedom of expression or unhindered flow of information among Nigerians.
Reacting to reactions on the bill, the All Progressives Congress (APC) chieftain maintained the call for establishment of Press Code is to protect and guide the Council to checkmate and reduce quackery and merchants of fake news as well as promoter of hate speech already affecting the integrity of media practices in Nigeria.
Odebunmi, who insisted the Bill is not controversial, said only those reacting to it with little or no insights are causing confusion.
According to him: “Specifically the bill in section 2 attempts to amend the existing section by substituting section 2 for a new section 2 by separating the Council from the board to the Council where the Council to be headed by the Executive Secretary will be responsible for the day to day administration of the Council.
“The board to the Council which will comprise of Representatives from all stakeholders, including The Nigerian Union of Journalists (NUJ), Guild of Editors, Newspapers Proprietors Association of Nigerian (NPAN), members of the Public etc will be represented and serve as a BOARD.
“This is as applicable in a sister agency like the National Broadcasting Commission (NBC). In essence the two important bodies will exist simultaneously and in their respective capacities.
“Furthermore, the increase in fine and penalties for persons/individuals or body corporate(s) that violates any of the provisions of the laws are mere upgrading as these fines are already in the existing Press Council Act, they were only raised to reflect the current situation.”
He added: “In essence, a deep study of the bill shows that there is nowhere the bill removed, modified or tampered with any section or sub-section of the existing Press Council Act where Media Freedom and that of expression is provided.
“However, the best way to have an objective analysis on the document is to first of all understand where the intent originates and where it intends to go.”
He insisted he is an organic democrat, a believer in press freedom and a supporter of media industry without interference of quackery.
Top Stories