The victim was shot on the spot while her husband was abducted by the assailants while driving to his father-in-law's home. 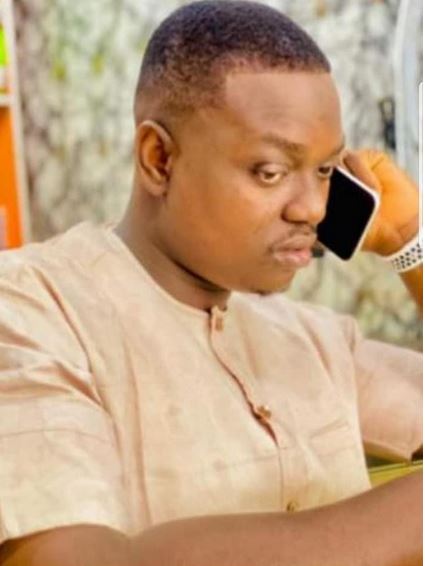 A pregnant woman identified as Hauwa was killed by gunmen and her husband, Lukman Ibrahim was abducted in Offa town, Offa local government area of Kwara State.

It was gathered that Ibrahim, popularly known as “LUKTECH" is a phone and accessories dealer in the popular Owode market in Offa.

According to report, the incident happened about 7:00 pm on Saturday night, June 26, while Lukman was driving his father-in-law, his pregnant wife and one of their children home along Ojoku road very close to the Divisional Police headquarters.

An eyewitness account said that the wife died on the spot after she was shot at close range, while her body that was first taken to the mortuary of Offa General Hospital had since been buried according to Islamic rites.

A close family source, who gave more detail on the incident, said that the deceased operated a chemist shop at Oshunte, along Ibrahim Taiwo Road, Offa.

"The kidnapped husband was driving the family home when very close to the Divisional Police headquarters, less than two minutes drive, along Ojoku road, seven gunmen suspected to be Fulanis attacked them and shot the wife before whisking the husband away,” the source told Tribune.

Spokesperson of the State Police Command, Okasanmi Ajayi, who confirmed the incident, say effort is ongoing to rescue the abducted victim. 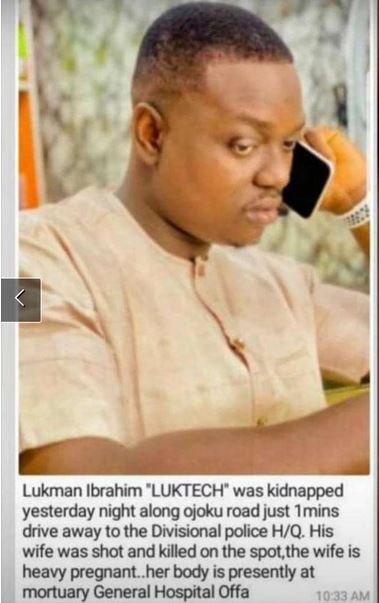 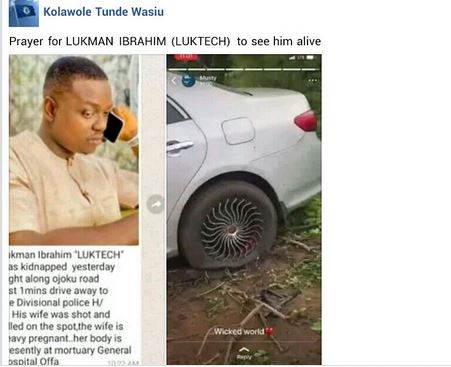