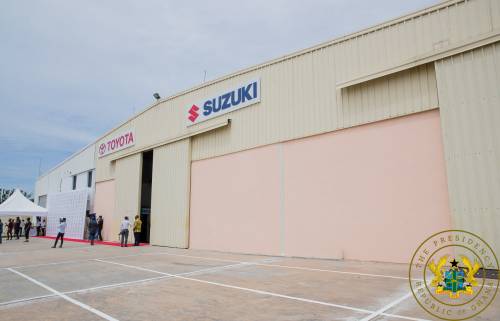 The Japanese multinational automotive manufacturer, Toyota, has opened a second assembly plant in Ghana, snubbing Nigeria, which has the biggest economy in West Africa.

The launch of a Toyota assembly plant in Ghana, the second auto assembly plant in the country in less than a year, will help reduce imports of secondhand vehicles and boost export earnings, Ghanaian President, Nana Akufo-Addo, said on Tuesday.

The assembly unit, a $7 million investment with annual production capacity of around 1,330 units, follows the launch by Volkswagen of a 5,000 unit per year capacity assembly facility in August 2020.

The plants are the result of global automakers such as VW, Nissan, Toyota, Honda and Peugeot waking up to the potential of the African market, traditionally dominated by used-car sales, according to Reuters.

At the launch, Akuffo-Addo said Ghana aims to boost its auto sector and attract automakers with generous fiscal incentives to assemble and produce cars in the country

"The use of foreign exchange to import cars in Ghana will be reduced, at the same time, the export of made in Ghana cars to other African markets will earn our nation much needed foreign exchange," Akuffo-Addo said.

The plant will assemble Toyota Hilux pick-ups and other sedans by the Toyota Tsusho Manufacturing Company Limited.

Twitter in April announced plans to set an African office in Ghana. The development was revealed by its CEO Jack Dorsey, via a tweet.

“Twitter is now present on the continent. Thank you, Ghana and Nana Akufo-Addo,” he said.

According to NOI polls, 39.6 million Nigerians have a Twitter account, which is more than the entire 32 million population of Ghana.

Many Nigerians have blamed the poor management of Nigeria's economy, abysmal human rights record and attack on media and free speech by the President Muhammadu Buhari-led government for the reason why the country has not been attracting as much foreign direct investment as it should judging by its size in Africa.

And on June 5, Nigerian government officially banned Twitter after the company deleted a comment posted by Buhari on the platform, which many Nigerians found distasteful.