The various groups in Yorubaland will stage a protest in Ibadan on Wednesday, according to TheNation. 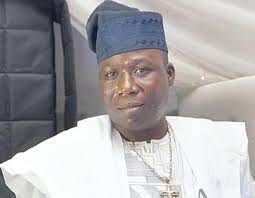 Sunday Igboho
Yoruba Nation agitators are currently planning to protest against the government of President Muhammadu Buhari after men of the Department of State Services attacked the home of Sunday Adeyemo aka Sunday Igboho, killing his aides and destroying his properties worth millions of naira.
The various groups in Yorubaland will stage a protest in Ibadan on Wednesday, according to TheNation.
The Nation reports the DSS confirmed a joint team of security operatives raided Igboho’s residence last week based on an intelligence report.
Igboho’s spokesperson Olayomi Koiki, in a terse live video monitored by The Nation on Wednesday, stated the Pro-Yoruba Nation protesters will gather at Soka, Ibadan for the protest.
He said: “By Wednesday morning in Ibadan from Soka, Yoruba Nation agitators are to assemble at Ibadan for a protest as regards the recent development that has to do with Chief Sunday Igboho and other agitators
“The Protest will head out from Soka. There will be a protest. Rally is what we have been doing, this time around we are doing a protest.”
Top Stories