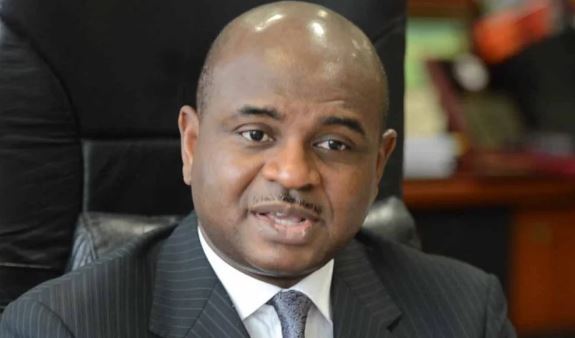 Moghalu
President Muhammadu Buhari has been condemned by Kingsley Moghalu.
The former presidential candidate of the Young Progressive Party (YPP) while reacting to the arrest of Nnamdi Kanu, leader of the Indigenous People of Biafra, accusing Buhari of doublestandards.
He also condemned the government for invading the home of Yoruba agitator, Sunday Igboho.
In a statement he signed, the former Deputy Governor of the Central Bank of Nigeria, CBN, urged the Buhari-led government to address the issues that brought Kanu and Igboho.
According to Moghalu: “The Government of President Muhammadu Buhari manifests in the evident double standards in the actions of that government in relation to national security and criminal justice.
“I call on @NigeriaGov to understand the full sensitivity and long term implications of his rearrest and impending trial and ensure that Kanu’s rights are fully respected in this process.
“I condemn the violent attack on Sunday Igboho’s residence by security (and possibly other) forces, the Government’s increasingly obvious tendency toward the totalitarian repression of dissenting voices in the Nigerian polity.
“I urge President Buhari and his government to focus the same quantum of energy he has put into suppressing Kanu and Igboho into addressing the root causes that have created the Nnamdi Kanus and Sunday Igbohos of Nigeria in order the create a truly enabling environment for the stability and unity of Nigeria, and the existential crisis of terrorism in the Northern states of Nigeria that has claimed the innocent lives of thousands of compatriots in that part of our country.”
Kanu was rearrested a few weeks ago and repatriated back to Nigeria to continue his trial before Justice Binta Nyako of an Abuja Federal High Court.
Upon returning to Nigeria, the IPOB leader was brought before Justice Nyako, who remanded him in Department of State Services, DSS, custody.
Also, DSS operatives had stormed the residence of Igboho and killed some of his aides while arresting others.
While the freedom fighter escaped being apprehended, charms and weapons were allegedly recovered from his house and paraded.
Top Stories