Security operatives have been called upon to arrest Buhari's aide, Lauretta Onochie for lying. 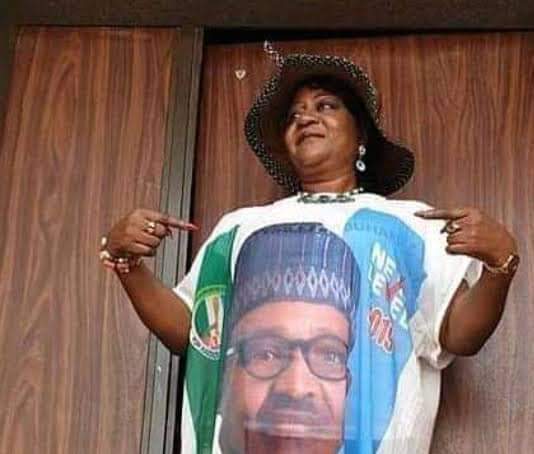 Lauretta Onochie
Calls for the arrest of President Muhammadu Buhari's media aide Lauretta Onochia has been made by a coalition of civil society organisations (CSOs).
Recall that Lauretta Onochie was nominated by President Muhammadu Buhari as a National Commissioner of the Independent National Electoral Commission (INEC).
Chairman, Steering Committee of the Centre for Transparency Advocacy (CTA), Dr Chima Amadi while addressing journalists in Abuja said Mrs Lauretta lied on oath when she claimed that she is no longer into partisan politics.
He also asked President Buhari to withdraw her nomination, saying INEC is too critical to be subjected to such partisan nomination.
Dr Amadi said the footprints of Lauretta's partisanship are all over the digital space and her nomination subjects the Commission to a credibility crises.
He said, "her partisan footprints are all over the digital space which even makes it curious that she was in the first place considered for nomination."
Also speaking, Salisu Ahmed, national coordinator of Youths for Good Governance (YGG) said Mrs Lauretta also lied when she claimed that the present National Commissioner from the South South, Barrister May Agbamuche-Mbu, was nominated to represent Cross River State and not Delta State.
He said checks at the National Assembly and INEC revealed that Agbamuche-Mbu was nominated by President Buhari in 2016 for appointment in INEC from Delta State.
According to him, "Her curriculum vitae submitted to the Senate by the President clearly indicates that she is from Oshimili North Local Government Area of Delta State. Although born in Kano and married to a husband from Cross River State, she has maintained Delta as her State of origin and was indeed nominated, screened,  confirmed and sworn-in to represent Delta State in INEC.
"The unanimous report of the Abubakar Kyari-led Committee on INEC which screened the nominees in October 2016 was signed by Kyari and nine Senators. They are Sola Adeyeye (Vice Chairman), James Manager, Gilbert Nnaji, Hope Uzodinma, Abdullahi Gumel, Ali Wakili, Shehu Sani, Ovie Omo-Agege and Mao Ohuabunwa.
"In fact, two Senators from Delta State, James Manager and Ovie Omo-Agege, who are still serving Senators, endorsed Mrs Agbamuche-Mbu's nomination as their daughter and nominee for Delta State.
"The report is in the record of the Senate. Therefore no one should mislead the Kabiru-Gaya Committee to endorse the nomination of two Commissioners to represent one State out of the six States from the South South zone."
Meanwhile, a source in INEC also confirmed to iVotesNG that Agbamuche-Mbu is representing Delta State as clearly indicated in the profile of National commissioners on the  Commission's website.
The source Vanguard that each geo-political zone is represented by two National Commissioners drawn from different States. They also supervise the States within the zone. However, as a matter of policy, no Commissioner supervises his own State of origin. The source further added that being from Delta, Mrs May Agbamuche-Mbu does not supervise the State. She supervises Rivers, Bayelsa and Cross River State.
Evidence from our reporters also shows that among the documents submitted by the Presidency to facilitate Mrs May Agbamuche-Mbu's screening were her CV, clearance from DSS and the Police as indicated in para 3.0 of the Committee's report. All these confirm that Mrs Agbamuche-Mbu is from, and was nominated to represent, Delta State. This situation puts Mrs Onochie’s nomination into jeopardy as two Commissioners from same state are not allowed to serve on the Commission as per the Constitution. It is yet to be seen if the president will withdraw her nomination following growing condemnation of same across party lines.
Top Stories