See The Goalkeeper Named Euro 2020 Player of the Tournament (Photo)


This comes after he helped his side to win the Euro 2020 competition against England. 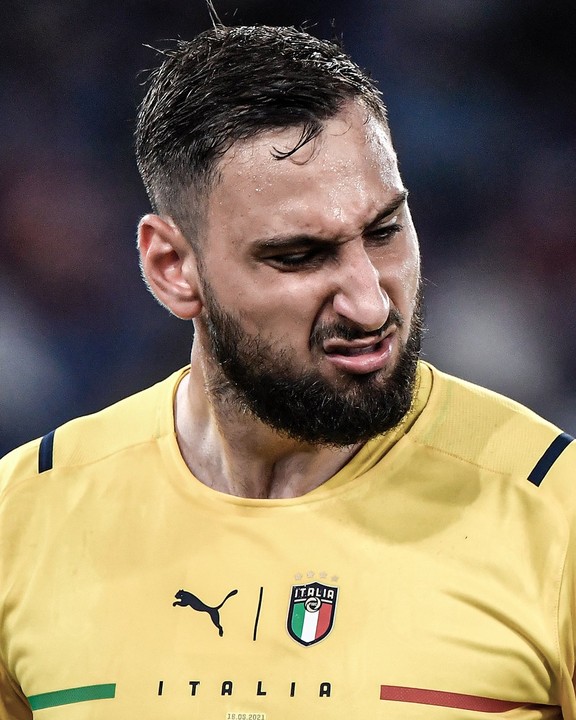 Gianluigi
The goalkeeper of Italy, Gianluigi Donnarumma has been crowned as Euro 2020's Most Outstanding Player of the tournament.
This comes after he helped his side to win the Euro 2020 competition.
Donnarumma, who officially became the first goalkeeper to earn the honour, made two saves in the penalty shootout in Italy's triumph over England, locking up the victory after a 1-1 draw through 120 minutes.
In total, the keeper conceded just four goals throughout the entire tournament, never letting in more than one in any game as the Azzurri triumphed just four years after World Cup qualification heartbreak.
Donnarumma and Italy emerged from a group that included Turkey, Switzerland and Wales by scoring seven goals while conceding none.
They took down Austria and Belgium to open the knockout stages on identical 2-1 scorelines, setting up a heavyweight clash with Spain in the semi-finals.
Following a 1-1 draw through 120 minutes, Italy sealed a 4-2 shootout win to move onto the final, where they triumphed 3-2 in another shootout to take down England. 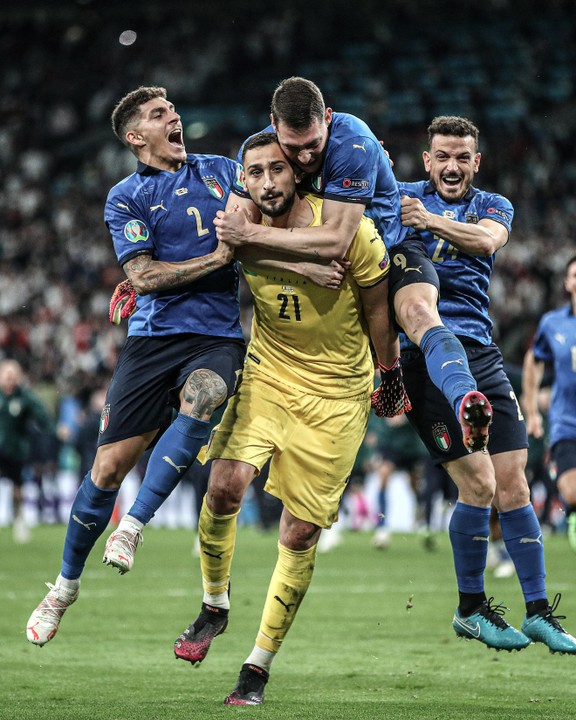