He was arrested on Sunday, July 11 by men of Ogun state police command. 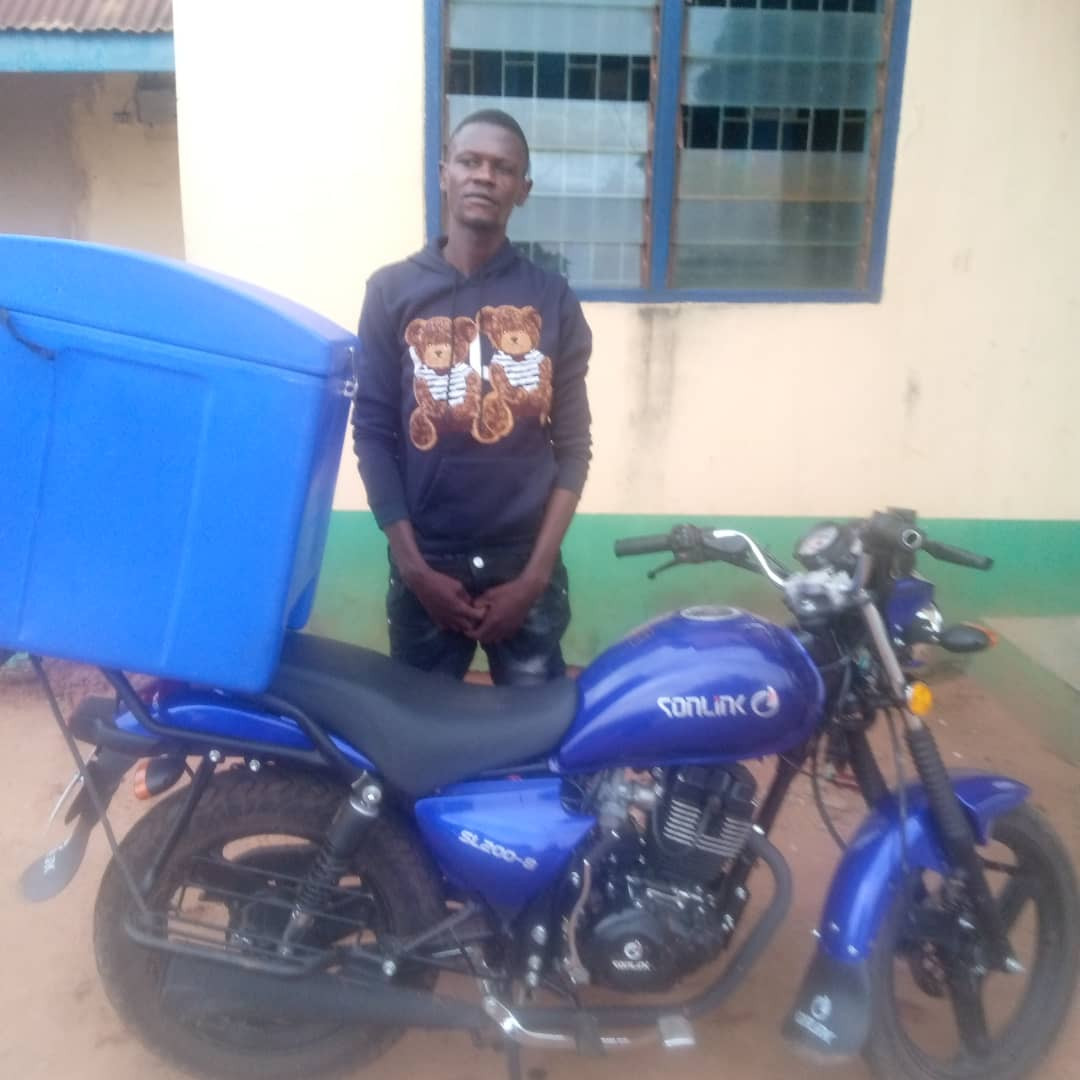 Emmanuel Samuel
A dispatched rider, Emmanuel Samuel has been arrested after running away with his boss' bike.
He was arrested on Sunday, July 11 by men of Ogun state police command.
The suspect was arrested when he was accosted by policemen from Ogere division who were on routine patrol of their area. The policemen, who stopped the suspect on the motorcycle demanded for the documents of the bike which he produced on the spot.
''While going through the documents, it was discovered that the motorcycle was registered on the 12th of July 2021, which implied that the motorcycle has been registered before it was bought. This aroused the suspicion of the policemen and the rider was subsequently taken to the station for proper interrogation.
On interrogation, he confessed that the motorcycle was given to him by a company in Yaba Lagos where he was employed three days ago as a dispatch rider. He stated further that, he decided to run away with it hence he forged the registration documents and number plate for the motorcycle.
The Dpo Ogere division, CSP Abiodun Ayinde there and then got in touch with the company's manager, who confirmed that they have been looking for the suspect in Lagos, and that he deliberately removed the tracking device from the motorcycle.'' DSP Abimbola Oyeyemi, spokesperson of Ogun state police command, said as he confirmed the arrest
Abimbola added that the state Commissioner of Police, Edward Awolowo Ajogun, has ordered the transfer of the suspect to state criminal investigation and intelligence department for onward transfer to Lagos state command, where he will be prosecuted.
Top Stories