According to the owner of the generator, the suspect was almost set ablaze by youths in the community but some people came and begged for his release. 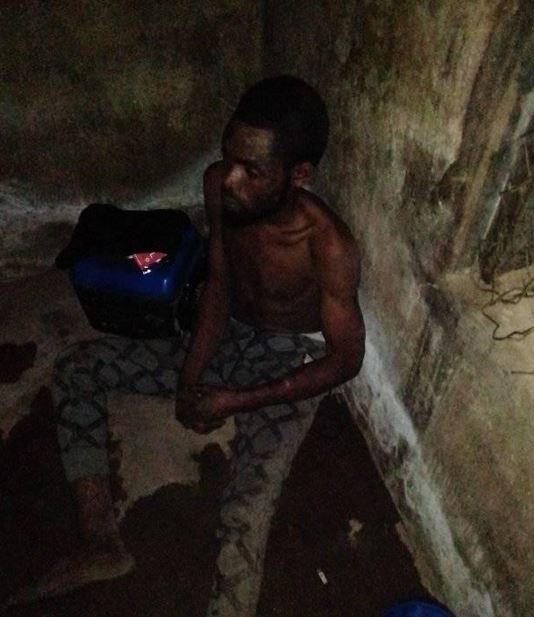 A suspected thief got more than what he bargained for after he was caught allegedly stealing a generator in Vandeikya Local Government Area of Benue State.

According to the owner of the generator, Sam Lornem, who shared the photos on Sunday, July 11, the suspect was almost set ablaze by youths in the community but some people came and begged for his release.

It was further gathered that some new clothes were found inside the shuttle bag the suspect was carrying. Upon interrogation, he confessed to have stolen them from a boutique.

"This happened three days ago where this guy came at the back of my shop, stood as if he was about to urinate within that public toilet that is located in the garage," he narrated.

"He watched around, checked our movement and made sure we were at the generator point. He removed the output wire of the gen and took it on his way to run.

Unfortunately for him, my brother was sitting in an isolated dark and quiet place watching all his moves, he then shouted... Hey, where are you taking it to and he wanted to rush it back but my brother insisted he should stand still with the generator.

Then they started dragging each other, the guy tried to pinch my brother's eyes with his fingers but my brother was strong enough to defeat him. My brother started shouting my name but because of the noise, I heard it but later after his frequent callings.

I hastily come and ask what was the problem and my brother narrated it to me. I now took this guy to our gallant youth and when they open the shuttle bag he was carrying, they discovered new clothes inside it and they started their investigations.

This thief said he is from agera, konshisha and that he stole those clothes from one guy's boutique in the like manner to which he was about to steal my gen.

The youths were about to burn him to death before his people came and begged for his release. They pardoned him and gave another opportunity to repent and mend his ways." 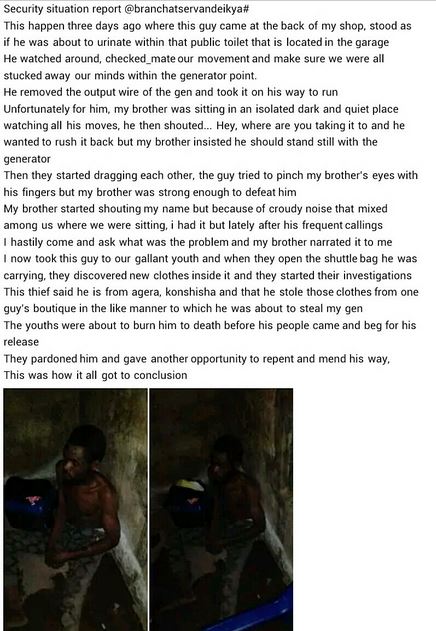