The Ministry of Foreign Affairs had earlier confirmed that three Israelis shooting a documentary in South-East Nigeria were arrested by officials of the Department of State Services last week. 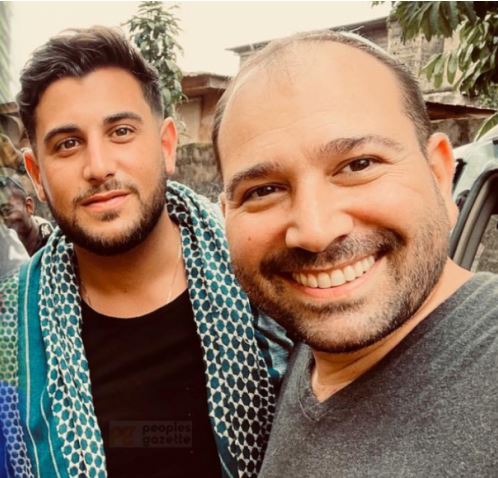 Many unhappy Nigerians on social media have expressed fear over Israel's likely reaction to the arrest of its citizens by Nigeria's Secret police.

The Ministry of Foreign Affairs had earlier confirmed that three Israelis shooting a documentary in South-East Nigeria were arrested by officials of the Department of State Services last week.

One of the Israelis arrested is Rudy Rochman, a Zionist activist with almost 95,000 followers on Instagram.

Making the flight with him were filmmaker Noam Leibman and French-Israeli journalist E. David Benaym.

The Israelis were in Nigeria to film “We Were Never Lost,” a documentary exploring Jewish communities in African countries such as Kenya, Madagascar, Uganda, and Nigeria.

According to residents, the crew was detained at a synagogue during Friday night services in the Igbo village of Ogidi by Nigeria’s secret police, the DSS and thereafter taken to Abuja.

Their arrest has continued to generate heated reactions, many Nigerians calling out the government for the action.

Some of the social media users noted that Nigerian authorities have extended the abuse of human rights carried out on its citizens to citizens of other countries.

Below is a reaction of Nigerians on social media to the arrest:

A Facebook user, Omah Ogbeh wrote, “Haa! Is this still Democracy or Dictatorship? I think it's very clear now that the only agenda this government has at hand is to tackle IPOB and leave other important agendas unattended. Hmm, sounds too malicious ooooo! We don tire for this administration jooor.”

Another user Precious Sunday wrote, “Nigerian Security Agencies will escort Gumi to the forest to meet the bandits for discussion, wait till they finish and escort him back home, then return to combing the forest to search for same bandits. Worse still, it makes sense to them.”

Ene Possible said, “Nigeria government should be careful you don't arrest anything you see on the way because of retaliation, less you end up putting the nation in big trouble we couldn't come out from, don't forget Nigeria is no match for Israel.”

Alex Onyebuchi said, “Just for having contact with IPOB? But Gumi has had several contacts with Bandits and Herdsmen and kidnappers. Why these selective arrests? What are you afraid of? Won't people interact again? Aren't you all having contacts?”