The governor stated that people are defecting to the ruling party because people who have mismanaged funds are scared. 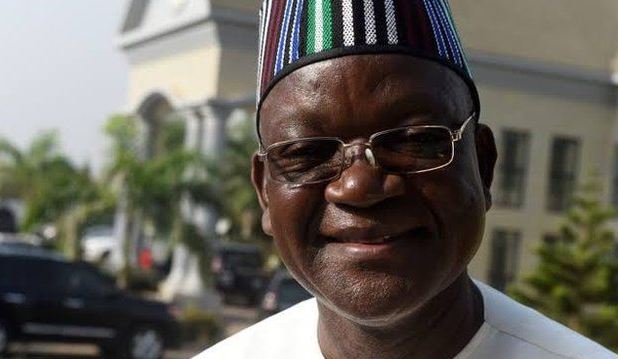 Governor, Samuel Ortom of Benue state has alleged that governors of the Peoples Democratic Party(PDP) dumping the party for the All Progressives Congress(APC) are doing so to avoid prosecution from the Federal Government after mismanaging public property.

On why PDP governors are defecting to APC, Ortom told Sunnewsonline;

"You know in politics as defined by one of our greatest philosophers in our time, that politics is a game of interest; no permanent enemy, no permanent friend. People are free to defect to any political party for whatever reason that they find expedient."

" I was in PDP when things did not go down well with me, I defected to APC and I won election in 2015 and several other people were carried on my back as a result of my defecting to APC and they won."

"In 2017, when things did not go well and I was defending my people and some people felt that I should not defend my own people, I defected back to PDP and also won election. So I have no issue with those defecting here and there. But the only challenge is that, let those people come clean because you heard the former National Chairman of APC say that when you defect to APC, you will become a saint; even if you are a devil, you will become a saint."

"And so people who have mismanaged themselves and mismanaged public property are afraid. And that’s the instrument that the Federal Government is using on our people. They came to me and I said no, I have no skeleton. Let them bring it out. If you don’t do well, I will take you to court and we dig it out there."

"You have also heard about a minister in the federal republic of Nigeria, current minister serving today who has embezzled a lot of money and bought an estate for $37million and $20million was recovered from her house. And up till today, we have been calling on the presidency to expose that Minister and let there be justice. But have you heard anything from the presidency?"

"And even the EFCC, I want to challenge the EFCC Chairman, he is a young man, he should stand on his integrity and what he told us when he was confirmed.

Let there be justice, equity and fairness. He should unearth that Minister; it is not enough to say a serving Minister. Let him come out to tell us who that Minister is and how far he is going about the investigation. We have heard about several former Governors who were being prosecuted by the EFCC but today because they are in the APC, everything is silent."

"The presidency should come out and tell us if his hands are clean. He that comes to equity must come with clean hands. Where are the Mr. President’s clean hands in this matter that we are talking about? How can you be accommodating people who are perceived to have criminal tendencies in your government and you tell me that nothing is happening. It is not fair. This is not the Nigeria we bargained for. This is not what Mr. President stood for in 2015 that prompted Nigerians to vote for him. "