The man made a video of himself in his bedroom while he displayed the drinks he looted during the 'Free Zuma' protest. 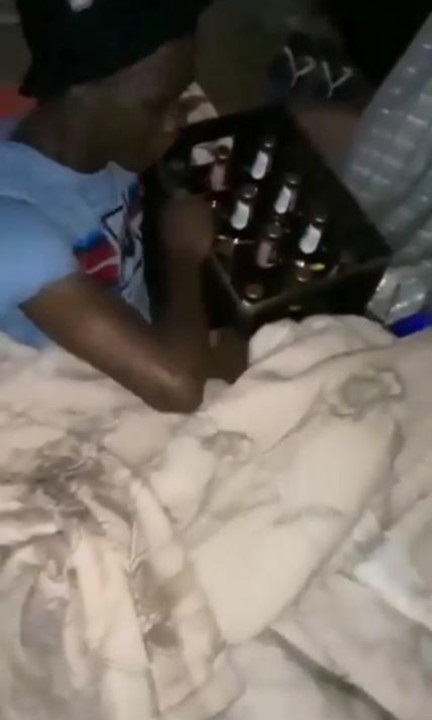 The looter shows off his loot
A South African has turned his bedroom into a bar overnight after participating in a looting spree.
The man made a video of himself in his bedroom while he displayed the drinks he looted during the 'Free Zuma' protest.
This comes as death toll from six days of protests in South Africa rose to 72 on Tuesday as violence continues across the country in the aftermath of the jailing of former President Jacob Zuma.
Looters attacked shopping malls and other businesses in the nation’s industrial centre in Johannesburg and other cities.
Most of the deaths, according to a police statement, “relate to stampedes that occurred during incidents of looting of shops”.
The police said they had identified 12 people suspected of provoking the riots, and that a total of 1,234 people had been arrested.
Video footage surfaced on the internet showing looters and mobs setting alight shopping centres amidst clashes with the police in several cities on Tuesday.
The BBC filmed a baby being thrown from a building in Durban that was on fire after ground-floor shops were looted.
Top Stories