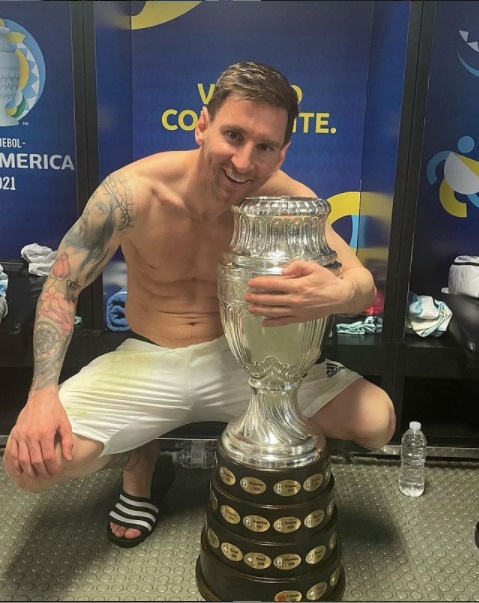 Messi's photo that made history on Instagram
A picture of Lionel Messi posing with Copa America trophy has made Instagram history.
Messi's photo broke Cristiano Ronaldo’s Instagram world record as he raked up 20 MILLION likes.
Ronaldo previously held the record for the most-liked sports photo in the social media app’s history.
The Juventus forward, 36, has more than 19.8 million likes for his post paying homage to the late Diego Maradona in November 2020.
But after Messi, 34, helped Argentina win the Copa America by beating Brazil 1-0 in the final, his post-match snap became record-breaking.
He captioned the post: “What a beautiful madness! This is unbelievable! Thank you, God! We are the champions.”
Messi, who won his first international trophy, is currently holidaying in Miami with his wife as he looks to finally sign a new Barcelona contract.
Top Stories