A Federal High Court in Abuja has given an order to the Zamfara House of Assembly. 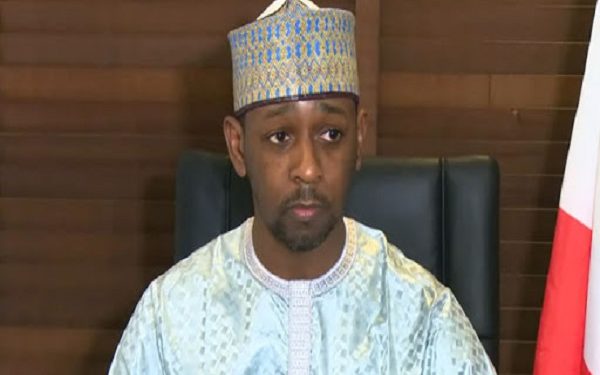 Zamfara Deputy Governor, Mahdi
The Zamfara House of Assembly has been ordered by a Federal High Court in Abuja to stop any move to impeach Deputy Governor of the state, Mahdi Aliyu Gusau.
Also restrained are‎ the Governor and the Chief Judge.
Justice Obiora Egwuatu gave the restraining order on Monday after listening to Ogwu James Onoja (SAN), who moved a motion ex-parte to that effect, on behalf of the plaintiff in a suit filed in the name of the Peoples’ Democratic Party (PDP).
Onoja told the court that the House of Assembly and others were planning to impeach the Deputy Governor, who has refused to decamp to the All Progressives Congress (APC), adding it was of utmost urgency that the court intervenes by granting an interim restraining injection against the fifth to seventh defendants – the Speaker, Governor and Chief Judge).
He argued that if the impeachment is carried out without as being planned, no sufficient monetary compensation could assuage the impact, because it relates to a constitutionally recognised position with a stipulated tenure.
In a ruling, Justice Egwuatu said he was convinced it was a matter of extreme urgency, requiring the court’s intervention to preserve the res (subject of dispute).
The judge then ordered parties to maintain status quo ante bellum pending the hearing of a motion filed by the plaintiff.
Details shortly…
Top Stories

“My Boyfriend Takes Care Good of Me, but I’m Having a Strong Urge to Cheat on Him” – Lady Cries Out